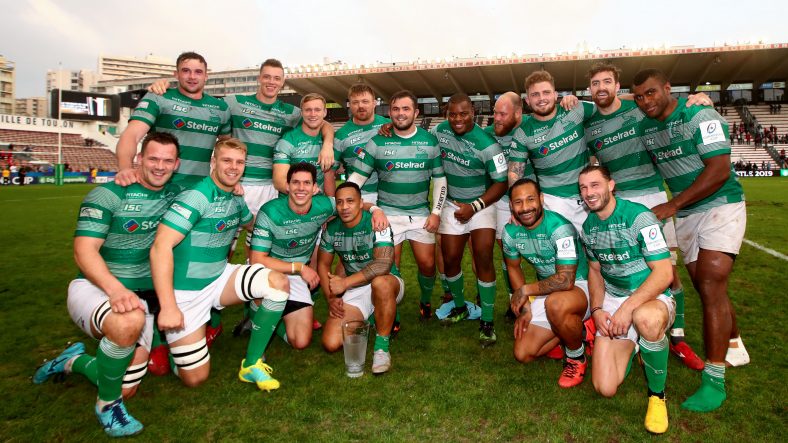 Newcastle Falcons after defeating RC Toulon in Round 1

Montpellier are also looking for their second win, having defeated Edinburgh Rugby 21-15 last Saturday. The clash on Sunday gets underway at 13:00 BST at Kingston Park, with coverage live on BT Sport and beIN SPORTS.

#ItsBeenTooLong Kingston Park hosts its first #HeinekenChampionsCup fixture since 2005 this Sunday. Check out our trailer #NorthEastHour 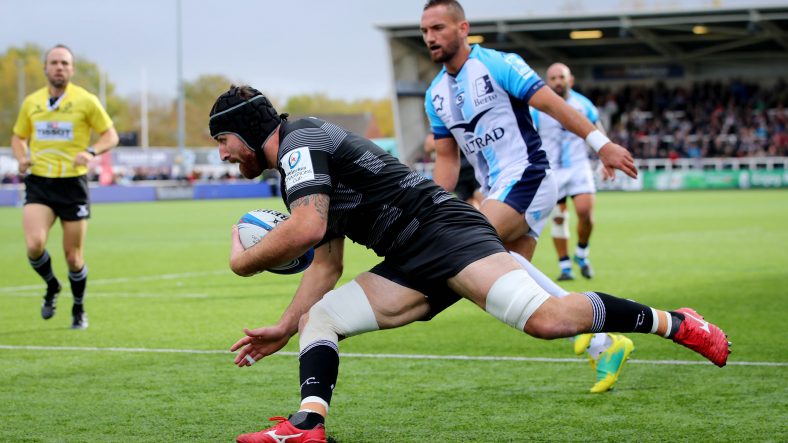 The home side got off to a great start after Louis Picamoles was penalised for straying offside, giving Heineken Man of the Match Joel Hodgson the chance to slot over to the roars of the Kingston Park faithful.

Minutes later, Newcastle kept ball in hand and stretched the Montpellier defence before a Callum Green breakaway pushed the visitors into their own 22.

The ball finally reached Gary Graham who dived over in the corner, with Hodgson slotting over the conversion in tricky conditions.

They've picked up where they left off last week with an early try vs Montpellier!

What a line from Calum Green to get it started 💪 pic.twitter.com/dJBg5v8K8N

The two sides then traded penalties with two goals kicked each by Hodgson and Ruan Pienaar, giving Newcastle a ten-point lead at the interval.

Montpellier dominated the second period and took advantage of a host of errors from Newcastle, with Pienaar trimming the gap down to four points with two penalty kicks.

The inevitable try then followed for the away side after Montpellier’s driving maul was eventually bundled over the try line by Paul Willemse.

Pienaar missed the conversion but was able to slot over a kickable penalty just minutes later, giving Montpellier a four-point lead as the clock turned red.

Time in the red, NO margin for error…

They put together 3️⃣9️⃣ bruising phases to take another HUGE win!

Hodgson then kicked two penalties into the Montpellier 22 as Newcastle attempted to power over the try line with little success.

But after 39 phases and in the 89th minute of the match, Callum Chick was able to find the strength to inch his way over the line and give Newcastle Falcons a historic victory at Kingston Park.

The Pool 5 leaders will now travel to face Edinburgh Rugby at BT Murrayfield in Round 3, while Montpellier will take on RC Toulon in an all-French clash.