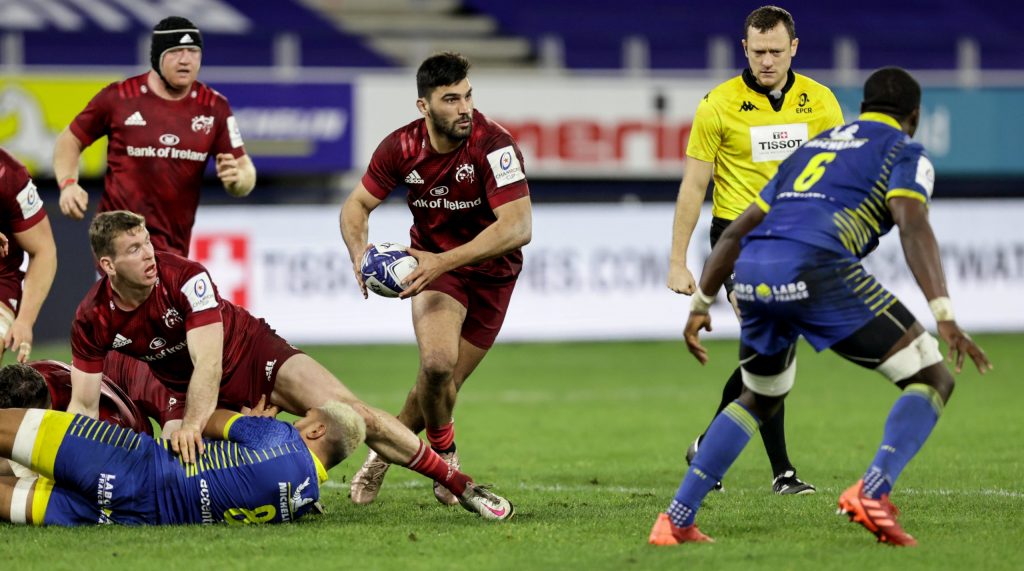 Munster Rugby will look to maintain their outstanding record against Castres Olympique when they travel to Stade Pierre Fabre in Round 3 of the Heineken Champions Cup on Friday night.

The Pool B encounter begins at 8pm UK and Irish time, and is being shown live on BT Sport and beIN SPORTS.

Munster head coach Johann van Graan: “We are going to have perform. It will be tight. Who knows what will happen in the other games, so you might have to wait quite a bit to know where your fate lies.” 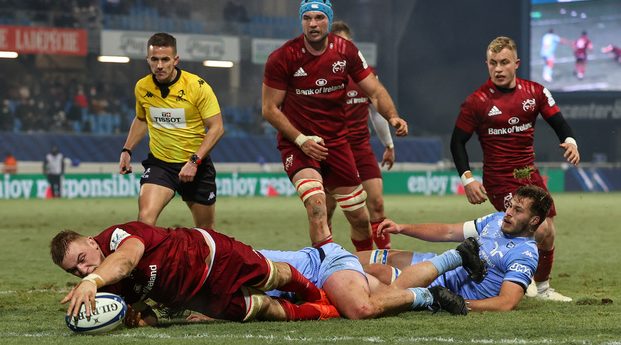 Munster Rugby No.8 Gavin Coombes scored a try in the dying moments as the Irish province stole a dramatic 16-13 win at Castres Olympique in the Heineken Champions Cup on Friday evening.

Castres looked to have done enough to earn a first win in Pool B, but Coombes planted down emphatically from close range to seal his side’s qualification for the Round of 16.

Munster took the lead on 10 minutes through 22-year-old fly-half Jack Crowley, who nudged the first of his three penalties at Stade Pierre Fabre.

The United Rugby Championship outfit were frustrated for large spells of the game though, and they fell behind on 27 minutes as Castres full-back Thomas Larregain dived onto a delightful kick from fly-half Ben Botica.

They had to grind it out but @Munsterrugby earned a late comeback to secure Round of 16 qualification tonight 💪#HeinekenChampionsCup highlights 🎥 pic.twitter.com/eA1aEwAlf2

Botica’s conversion proved to be the final points of a scrappy first half, with Castres heading into the break with a four-point lead.

That cushion was reduced to one point when Crowley slotted his second penalty of the evening on 46 minutes, and Munster were back in front as he dissected the posts with another moments later.

Castres wrestled back control of the contest, however, with Botica kicking two three-pointers around the hour mark to leave Munster with an uphill task over the remainder of the game.

Munster captain Peter O'Mahony has offered his condolences on behalf of the squad and everyone at Munster Rugby to the family & friends of Mary Immaculate College graduate Ashling Murphy following her tragic death on Wednesday.

The TOP 14 side produced commendable defence throughout the encounter as repeated handling errors saw Munster’s hopes begin to fade away.

But a lineout five metres out gave the visitors a platform to try steal something from the match with just over three minutes to play, with Coombes powering through the contact to reach out and dot down in spectacular fashion.

Crowley’s conversion capped his assured display, and Munster saw out the remaining moments to make it three wins from three in this season’s Heineken Champions Cup.

Castres visit Harlequins in Round 4 next weekend, while Munster host Wasps.