Leicester Tigers and Scarlets looking to bounce back 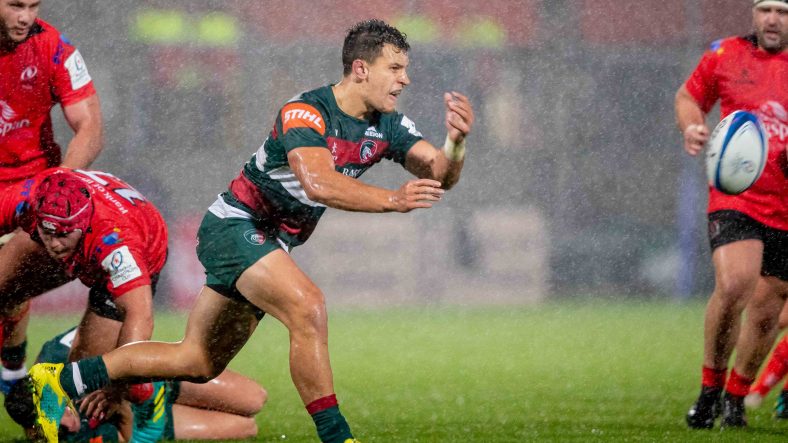 Two-time European Cup winners Leicester Tigers and last season’s semi-finalists, Scarlets, will be looking to bounce back from Round 1 defeats in the Heineken Champions Cup on Friday night at Welford Road, live on BT Sport from 19:45 BST.

The Welsh region were narrowly beaten 14-13 by Racing 92 last Saturday, while Leicester Tigers were brushed aside by Ulster Rugby in Belfast as they fell to a 24-10 loss.

An enthralling match that could have gone both ways, but it was the finest of margins that split them come the final whistle 😳

A classic European tie, it produced some high-class rugby 👌 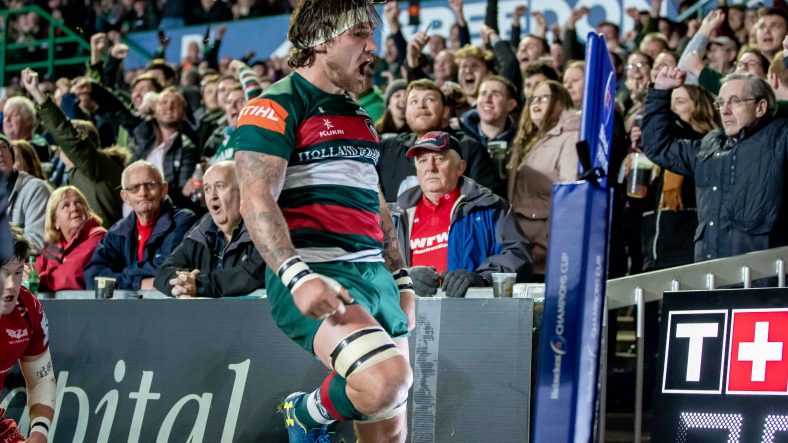 Leicester Tigers ended a run of five consecutive Champions Cup defeats with a 45-27 bonus-point victory over Scarlets at Welford Road on Friday evening.

Dan Cole got Leicester off to a perfect start with a textbook turnover inside the Scarlets half, with the Welsh region eventually conceding a penalty as a result. George Ford pointed to the posts and made no mistake from 40 metres out.

A free kick for Leicester meant the ball would bounce deep in the Scarlets 22, allowing Harry Wells to dive over for the opening try at the posts after advantage was being played by Romain Poite. Stand-in captain Ford, who kicked 20 points in the victory, slotted over the conversion.

That should do it for @LeicesterTigers!

Jonny May touches down for the home side's fifth try, and look what it means to him!

Many said it was a must win, and a bonus-point win has been delivered 👊 pic.twitter.com/0FnoeH7I42

The Welsh region were on the back foot in the opening 15 minutes but hit back through the in-form Gareth Davies who was able to slide all the way over the line after two delightful inside passes following a Scarlets ruck.

Halfpenny then drew the sides level from the kicking tee after 30 minutes but Scarlets fell behind again through Leicester back-row Guy Thompson.

Wells won the initial turnover and the home side made ground with a delightful inside pass to George Ford, creating the overlap for Thompson who held off his man and dived over in the corner.

Halfpenny then scored his 500th point in European Cup action just before half-time with a late penalty kick, but Leicester Tigers proved to be the dominant side in the second half.

What a game we have on our hands! 🙌

Minutes after Scarlets take the lead, Manu Tuilagi goes beast-mode to steal it back!

All set up for a nail-biting finish on BT Sport 2 HD 📺 pic.twitter.com/Fyirs2OW4y

Sione Kalamafoni powered over the try line first after an excellent break from Manu Tuilagi, who was awarded Heineken Man of the Match by BT Sport’s Austin Healey.

Tries from Steff Evans and Blade Thomson put the Welsh region in front for a short period, but the latter try sparked Leicester into life as they ran in scores through Tuilagi and Jonny May in the final 20 minutes to kill off any hope of a Scarlets fightback.

The home side travel to face Racing 92 in Round 3, while Scarlets will host Ulster Rugby.