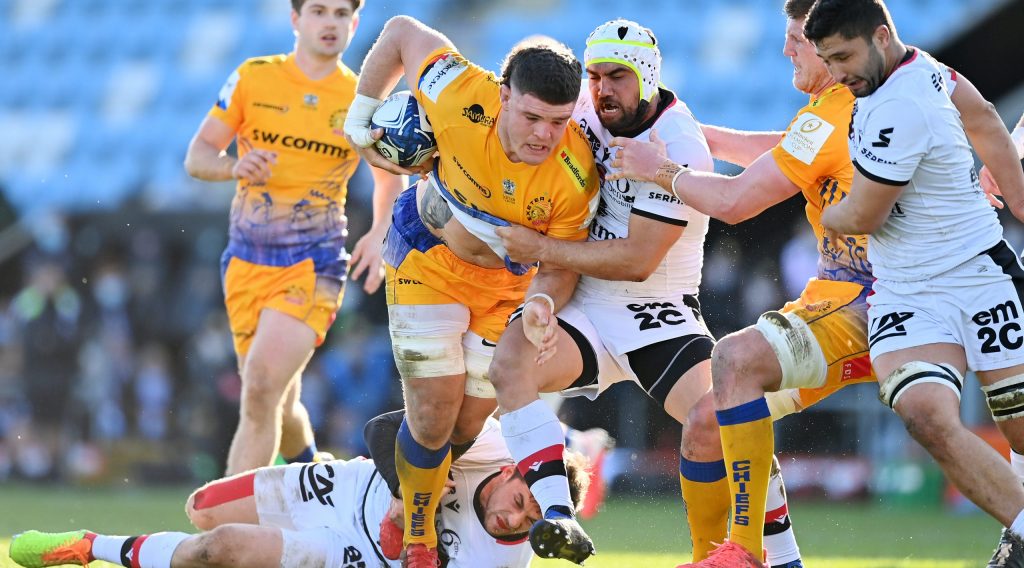 The two sides have met four times in Europe’s elite competition – most recently in the 2017/18 pool stage – with Leinster coming out on top on each occasion.

The action at Sandy Park gets underway at 17:30 British and Irish time and is available to watch live on BT Sport in the United Kingdom and beINSPORTS in France.

Leinster Rugby awarded Round of 16 tie against RC Toulon

Tadhg Furlong (Leinster Rugby): “If we look back to 2018, both home and away, it was tough rugby and you know, I suppose we luckily came out on the right side of the result both times. Since then, they have gone on and really pushed on, obviously winning it last year, doubling up with the Premiership as well, obviously a quality team. Obviously Sandy Park is a fortress for them, we have a big task on our hands at the weekend.”

Rob Baxter (Exeter Chiefs): “Leinster were the first team we played in the Heineken Cup in 2012 and there was a fair bit of underestimation from them… they sneaked through 9-6 over in Ireland. Since then we’ve met a few times and they’ve come out on top, but we’ve moved on to a degree. I’m not saying we’re meeting on a level playing field, but it’s far more level than to talk about past history too much.”

Leinster Rugby put in a commanding display to fight back from 14-0 down to defeat Heineken Champions Cup holders Exeter Chiefs 34-22 in a classic quarter-final clash at Sandy Park.

A brace from Jordan Larmour as well as a try from James Lowe and 17 points from the boot of Ross Byrne proved enough for the four-time winners to dethrone the defending champions who led 14-0 inside ten minutes through a pair of Tom O’Flaherty tries.

The first of them tries came from a stunning bit of individual play, beating the tackle of Hugo Keenan before slipping past three more Leinster defenders and scoring at the posts.

His second shortly followed as Henry Slade put Heineken Star of the Match Robbie Henshaw away before finding O’Flaherty and he fended off another tackle before running clear to the line.

The ideal start for @ExeterChiefs!

Leinster responded on the 20-minute mark, as Keenan was tackled out wide by two Exeter players but freed his hands expertly to release Lowe on the sideline who could cut back inside and score.

Before half-time, the visitors were level when a line-out on the left allowed Leinster to stretch Exeter in defence, with Byrne attracting attention before the ball found Larmour who was quick enough to dive over in the corner.

Two Byrne penalties before the break left Leinster six points in front, before Exeter responded after the break with a powerful Dave Ewers driving maul and score to trim the gap to a single point.

The sides then traded three-pointers before Leinster took a grip on the match on the hour mark as Larmour managed to beat Stuart Hogg, ride the tackle of Sam Simmonds and dot down in emphatic fashion.

Leinster’s lead then was stretched out to 12 points as Byrne popped over a simple penalty, and despite Exeter pressure, the Irish province held on for a famous victory and a spot in the semi-finals.