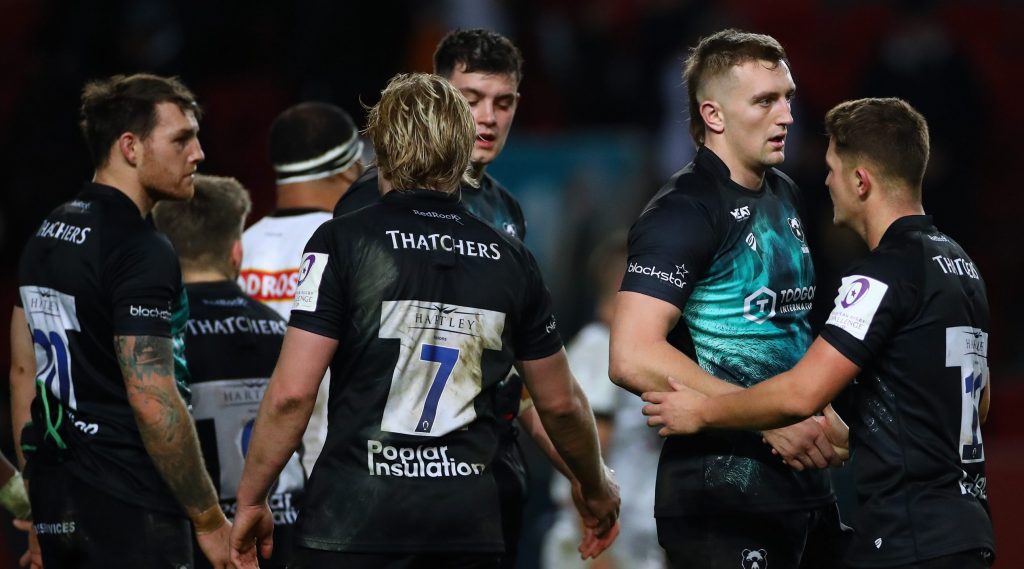 Bristol enjoyed a near-perfect pool stage campaign, registering five wins and a draw in their six matches including double victories over Brive and Stade Francais Paris, securing the No.2 seed in the process. Dragons were behind Castres Olympique in Pool 1 although did manage to defeat the French side in Round 1.

🚨 EPCR is pleased to announce the dates, kick-off times and TV coverage for the #ChallengeCupRugby semi-final matches 🚨 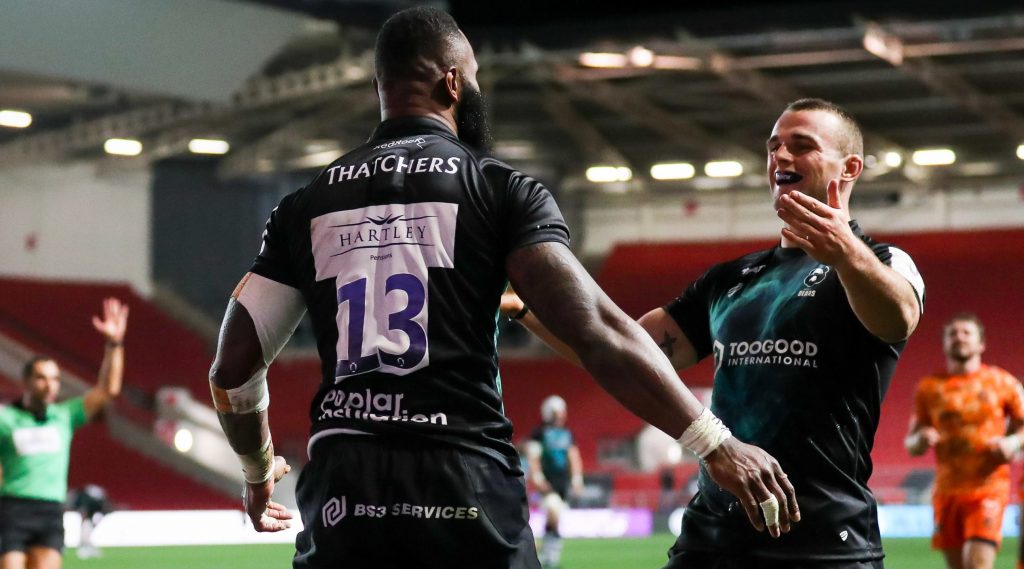 Bristol Bears ran in seven tries as they secured the first European Rugby Challenge Cup semi-final spot after a 56-17 success over Dragons at Ashton Gate on Friday night.

Two tries in three minutes from flanker Ben Earl swung the momentum in the English side’s favour midway through the first half with Bristol looking comfortable after a shaky opening 20 minutes.

It was the Dragons who made a quick start and were soon 10-0 ahead after a Sam Davies three-pointer was followed by a superb cross-field kick from the fly-half who found Ashton Hewitt in space and he fended off Charles Piutau before dotting down.

But Bristol soon hit back after Tompkins didn’t find touch from inside his own 22 and his side were immediately punished by Piutau who split the defence and with penalty advantage, spread from left to right before finding Nathan Hughes who sauntered over in the corner.

The English side then scored tries on 25 and 27 minutes to put them in the driving seat. First was a superb exchange between Piutau and Semi Radradra before breaking the line and finding Ben Earl who slid over the try line.

Oooh what a try that is for @dragonsrugby 🙌

An inch-perfect kick from Sam Davies and Ashton Hewitt does the rest!#ChallengeCup pic.twitter.com/bXz6qSKnTc

Earl then got his second in three minutes, this time after a fantastic Radradra step and offload released the flanker who stepped past Jordan Williams in devastating fashion before diving over the line.

Callum Sheedy – who scored a total of 21 points on the night – slotted over a three-pointer just before the break to put Bristol 24-10 up at the interval and the English side would take full control in the second period.

First, it was Sheedy who made a nice break and pulled off a lovely offload to Radradra who got the better of two Dragons defenders before dotting down in the corner.

A sniping score from the back of the ruck by Rhodri Williams gave Dragons hope but that was short-lived as Bristol exploited a tiring Dragons defence in the final 20 minutes.

Two players to beat in the open field and he barely breaks a sweat! So good from the @BristolBears star!#ChallengeCup pic.twitter.com/tjF8VSYZ4E

Some clever play from flanker Dan Thomas opened the floodgates as he pinched the ball from the back of the Dragons breakdown and eventually found Chris Vui who swiveled and scored.

A minute later, an incisive breakaway down the right wing allowed Max Malins to grab a try before Thomas completed the scoring after a quick tap and offload gave the flanker the easiest of tries in the corner.

Bristol will face the winners of Bordeaux-Begles and Edinburgh Rugby, with that semi-final taking place next Friday.