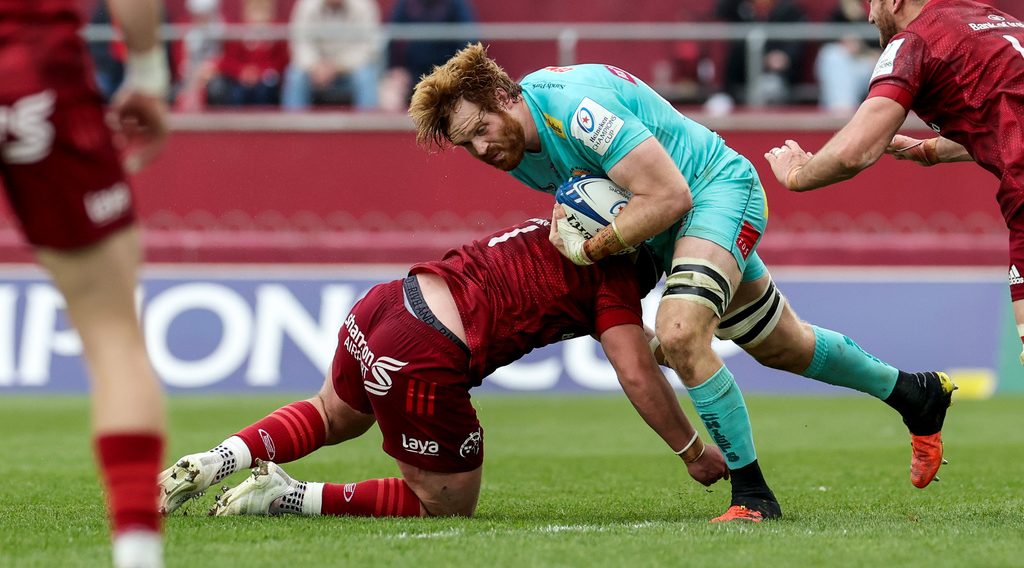 With South African sides set to enter EPCR tournaments in 2022 after a landmark expansion, we spotlight those players from the country who are already playing for clubs in the Heineken Champions Cup. Today, we check out a quartet at 2020 European champions Exeter Chiefs.

A member of Exeter’s Heineken Champions Cup-winning squad in 2019-20, Kirsten is capable of playing at lock or in the back row and featured eight times in the competition that season, his debut campaign in Europe after moving from Toyota Verblitz.

The 28-year-old appeared three times in the tournament the following season, before playing a more prominent role in 2021-22, turning out in each of the Chiefs’ six games.

Another versatile forward, Vermeulen joined Exeter from Sharks in 2019 and also picked up a Heineken Champions Cup winners’ medal in his first season with the Gallagher Premiership club.

The 27-year-old has been a regular try-scorer in the competition, crossing three times in his debut campaign, including a double in a quarter-final win against Northampton Saints, before dotting in both legs of Chiefs’ Round of 16 defeat to Munster Rugby earlier this year.

A first-ever meeting between the teams in European competition, with the small matter of a #HeinekenChampionsCup title at stake 🏆

Let’s take a look back at @ExeterChiefs' historic triumph over Racing 92 in 2020… pic.twitter.com/F3BubfmqcZ

One of Exeter’s more youthful South African options, Van Heerden, 24, is a new addition ahead of this season, having moved from Sharks.

Although the lock is set to make his EPCR debut this term, he got a taste of some of the teams he will face in the Heineken Champions Cup when he played in the United Rugby Championship last season.

Davis, 28, is also a fresh face at Exeter ahead of this campaign, though he comes with more experience, having had spells at RC Toulon and Aviron Bayonnais, albeit without appearing in EPCR competitions.

Following his first foray into the European game, the back-row forward returned to his homeland, where he spent four years with Cheetahs before making the switch to Sandy Park.