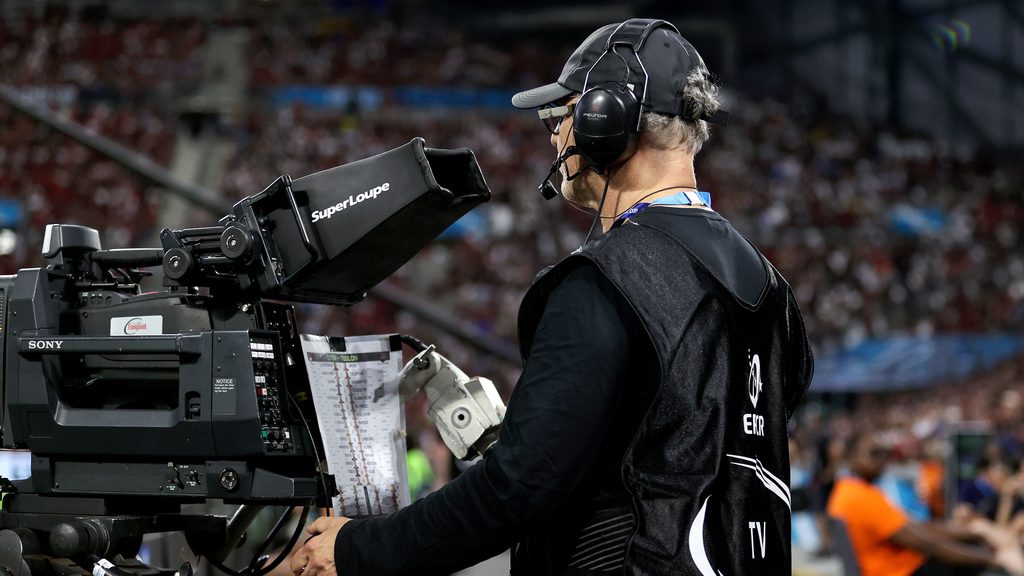 EPCR is pleased to announce that its long-standing partners, beIN SPORTS and France Télévisions, have agreed new four-year deals which will see both broadcasters continue their comprehensive coverage of the Heineken Champions Cup and EPCR Challenge in the key French market.

Building on their superb programming of the tournaments, beIN SPORTS will once again broadcast every Heineken Champions Cup match throughout the pool and knockout stages, as well as a selection of EPCR Challenge Cup fixtures, until the conclusion of the 2025/26 season.

France Télévisions, who have been associated with EPCR’s flagship competition since its inauguration in 1995, will continue to cover two Heineken Champions Cup matches, as well as one EPCR Challenge Cup fixture, on a free-to-air basis each weekend also until the end of the 2025/26 season.

The renewals in France come on the back of recent announcements confirming SuperSport as the exclusive broadcaster of EPCR’s tournaments in South Africa as the Heineken Champions Cup and EPCR Challenge Cup are set to increase their global reach with the historic inclusion of the DHL Stormers, Vodacom Bulls, Cell C Sharks, Emirates Lions and Toyota Cheetahs from this season.

In addition, EPCR have agreed a multi-year agreement with the streaming platform, FloSports, as the exclusive broadcaster of the tournaments in the USA until the conclusion of the 2024/25 season.

The deal is part of a groundbreaking alliance which will see the Heineken Champions Cup and the EPCR Challenge Cup bundled with key fixtures in the TOP 14 and the United Rugby Championship allowing viewers in America unprecedented access to all four competitions on the one digital platform.

“We are delighted to confirm that beIN SPORTS and France Télévisions are on board once again for this new global phase of our competitions, helping us to reach wider audiences than ever before,” said EPCR Chairman, Dominic McKay.

“After a sensational conclusion to our 2021/22 season with the Finals weekend in Marseille, we are looking forward to the commencement of the 2022/23 season when 44 clubs in our two competitions reignite rivalries on the road to Dublin. We know beIN SPORTS and France Télévisions consistently deliver to the premium benchmark we expect of our partners in showcasing our world-class tournaments. With the five South African clubs competing for the first time, there will also be some intriguing new rivalries between global superstars of South Africa and France, and beIN Sports and France Télévisions will play crucial roles in bringing that intriguing narrative to French fans.”

“beIN SPORTS France are delighted to announce the renewal of our broadcast partnership with EPCR. Since the 2014/15 season, beIN SPORTS subscribers have had the pleasure of watching the most prestigious club rugby competitions with our extensive coverage of all Heineken Champions Cup matches, as well as at least two EPCR Challenge Cup fixtures involving French clubs, in every round,” said Martin Aurenche, beIN Media Group Vice-President of Sports Content and Acquisitions.

“We have the Autumn Internationals, the Super League and the NRL on our platform, and following our recent acquisition of the Rugby League World Cup, our expert team of commentators and analysts make beIN SPORTS the essential rugby broadcaster in France.”

Laurent-Eric Le Lay, France Télévisions Director of Sport, said: “As a major partner of rugby in France and as a long-time broadcaster of the Heineken Champions Cup since its launch in 1995, we are delighted to renew our agreement with EPCR for the next four years. We will make the competitions even more accessible to viewers with two top Heineken Champions Cup fixtures on France 2 and one EPCR Challenge Cup match on France 3 each weekend.

“The recent success of French clubs in EPCR competitions, most notably the Heineken Champions Cup wins by Stade Toulousain in 2021 and by Stade Rochelais in 2022, combined with France winning the Six Nations Grand Slam, has generated huge interest and close to 48 million viewers watched rugby on France Télévisions last season alone.

“Now, as we enter an historic new phase of EPCR’s competitions with the inclusion of South African clubs, we have an opportunity to showcase new rivalries and to attract even more viewers.”

Further announcements regarding EPCR’s broadcast partners in the UK and Ireland for the coming seasons, as well as ongoing worldwide rights negotiations for the tournaments, will follow shortly.

With close to 50,000 tickets already sold for EPCR’s 2023 finals, the journey to Dublin’s Aviva Stadium will get underway in early December, and the exact dates, kick-off times and TV coverage of the pool stage fixtures will be announced next week.