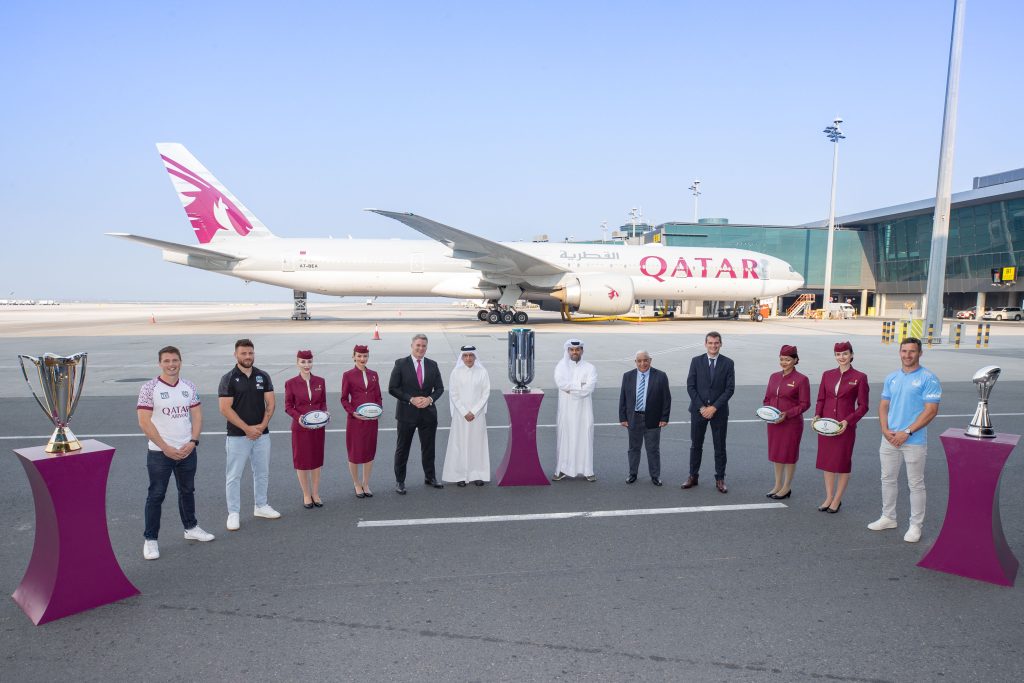 European Professional Club Rugby (EPCR) and the United Rugby Championship (URC) are joining forces with Qatar Airways who will become the Official South African Airline Partner of EPCR and Official Airline Partner of the URC in the airline’s newest sport partnership.

The three-year partnerships have been established in recognition of the rise in the numbers of dedicated rugby fans in key travel markets across Western Europe and South Africa.

The new partnership between EPCR and Qatar Airways follows the recent landmark confirmation that five leading South African clubs – the Stormers, Bulls, Sharks, Lions and Cheetahs – will compete in the Heineken Champions Cup and EPCR Challenge for the first time this season.

As an integral part of the agreements, Qatar Airways will support EPCR and the URC to develop the game globally, with rugby currently one of the fastest growing sports in the United States and across Africa, Asia and the Middle East for both men and women.

Anthony Lepage, EPCR Chief Executive, said: “We are very pleased to welcome Qatar Airways as our South African Airline Partner and enter into this partnership alongside the URC. As we welcome five South African clubs into the Heineken Champions Cup and EPCR Challenge Cup, the support from Qatar Airways will be key in helping players and coaches travel to face new competition from clubs in England and France. We are entering a new global phase of our competitions and Qatar Airways will play a key part in delivering the pinnacle of club rugby competitions to more audiences than ever before.”

Qatar Airways Group Chief Executive, His Excellency Akbar Al Baker, said: “At Qatar Airways, we bring the world and communities together – through travel, of course, but also through sport. Today, we continue that mission by providing greater access to fans to watch their favourite teams compete, and supporting URC players and coaches and South African teams competing in EPCR competitions as they make cross-hemisphere trips via Doha to match destinations.”

Martin Anayi, URC Chief Executive, said: “Our league has greatly broadened its horizons in the past 12 months and we are honoured that Qatar Airways have become one of our key partners. Travel is at the heart of all of our competitions and this partnership will allow us to tap into the incredible expertise and knowledge available at Qatar Airways as they support our teams and fans on their journeys to some of the biggest games of the season.”

Qatar Airways are also partnering with SA Rugby as an associate sponsor of the competitions in the southern hemisphere and their involvement was welcomed by Jurie Roux, Chief Executive Officer of SA Rugby: “I have no doubt that Doha will become a very familiar and welcoming staging post for all our teams and staff. We are delighted to welcome Qatar to the family and to share this amazing new rugby journey literally and figuratively with them over the coming years.”

For the 2022/23 season, the Stormers, Bulls and Sharks have all booked their places in the Heineken Champions Cup, and will make history by competing for the first time against elite clubs from the Gallagher Premiership in England and the TOP 14 in France. The Lions and the Cheetahs will play in the EPCR Challenge Cup.