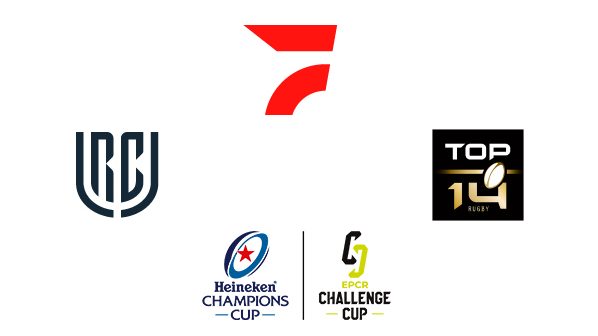 The Heineken Champions Cup and EPCR Challenge Cup will further extend their reach in the booming USA rugby market following the announcement of a new three-year broadcast partnership between EPCR and the leading sports streaming platform, FloSports.

As the exclusive broadcaster of EPCR’s tournaments in the USA until the conclusion of the 2024/25 season, FloSports will stream matches in each of the pool stage and knockout stage rounds, including both finals which are scheduled for Dublin’s Aviva Stadium in May 2023.

The deal is part of an historic alliance which will see the Heineken Champions Cup and the EPCR Challenge Cup bundled with key fixtures in the United Rugby Championship (URC) and France’s TOP 14, allowing viewers in America unprecedented access to all four competitions on one digital platform.

This innovative collaboration between EPCR, the URC and the TOP 14 means that FloSports will stream close to 450 matches representing more than 600 hours of high-class action during the 2022/23 season.

Apart from access to fixtures involving iconic clubs such as Leicester Tigers, Leinster Rugby and Stade Toulousain, viewers in America will also be able to watch the best of South African rugby as the Stormers, Bulls, Sharks, Lions and the Cheetahs compete in the Heineken Champions Cup and EPCR Challenge Cup for the first time.

“The Heineken Champions Cup is the pinnacle of international club rugby and we are delighted to enhance the global reach of our flagship competition, as well as the EPCR Challenge Cup, through this exciting partnership with FloSports alongside two of our leagues – the URC and the TOP 14,” said EPCR Chairman, Dominic McKay.

“The US market is a key strategic priority for EPCR as we build the audiences and awareness of our world-class competitions in new territories. With the Heineken Champions Cup, EPCR Challenge Cup, URC and TOP 14 available from this season at the home of US rugby, more fans than ever will be able watch the very best of the international club game.

“This is our first foray into collaborating on international media rights deals with our leagues, so we are proud to make this piece of history in conjunction with FloSports,” added McKay.

“We are thrilled to be working alongside these three world-class rugby properties to create a historic sports alliance with a mission of supporting the overall growth of rugby in the US,” said Ryan Fenton, Director, Global Rights Acquisition, FloSports.

“The partnerships with EPCR, the URC and the TOP 14 fit perfectly into our vision to elevate rugby in the US through ongoing investments in media rights which delivers unparalleled live programming and creates compelling news and analysis while building an essential destination for fans of the sport.”

EPCR will be announcing further multi-year broadcast partnerships for its core territories of the UK, France, Ireland and South Africa shortly, and these will be followed by the announcement of the exact dates, kick-off times and TV coverage of the 2022/23 fixtures.

About FloSports
Founded in 2006, FloSports is a subscription video streaming service dedicated to sports, offering live and on-demand access to hundreds of thousands of competition events across 25+ vertical sport categories in the US and abroad. FloSports’ vision is to give underserved sports the love they deserve. With a growing library of more than 300,000 hours of premium content including news, expert commentary, films, documentaries and more, FloSports has established itself as an innovator and leader in sports streaming. Finally, your sport has a home. For more information, please visit: flosports.tv