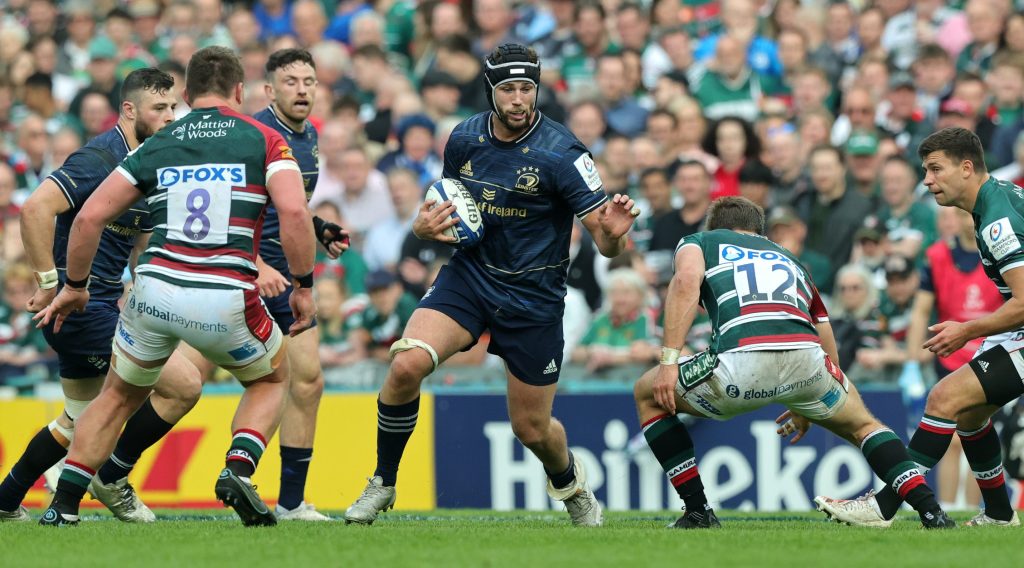 With the Heineken Champions Cup semi-finals taking place this weekend, we have selected four potential star signings to boost your points haul in your SuperBru Fantasy Rugby XV.

The back-row forward has been a key cog in Leinster’s run to the semi-finals, featuring in all six of their games so far. The Ireland international made 16 carries in his side’s quarter-final win over Leicester Tigers, taking his tournament tally to 63. Only UIster Rugby’s Michael Lowry and Stade Rochelais’ Grégory Alldritt have made more. With Doris also among the top 10 players in the competition when it comes to tackles (68), he would be a handy addition to your team’s pack.

Another attractive prospect for your fantasy side, the wing enjoyed a prosperous outing against Munster Rugby in the quarter-finals, scoring two tries as the reigning champions eventually triumphed on place kicks. In a tight contest, the French international still managed to gain 100 metres across 11 carries, meaning he comes into the semi-finals bang in form.

🚨 Your @DHLRugby Try of the Round nominees:

The fly-half has been a prolific points-scorer for La Rochelle in this season’s competition, racking up 59 over five games. Only Harlequins’ Marcus Smith (60) has more, but from a game more. West also proved he can be a threat with ball in hand in the quarter-finals as he beat five defenders in his side’s success over Montpellier Hérault Rugby, so he certainly has the potential to bag your fantasy side some valuable points.

Another regular scorer in this season’s Heineken Champions Cup, Le Garrec could provide your team with further points from scrum-half. The 19-year-old has slotted the most penalties (13) in the competition and has 47 points to his name in just three games, kicking with 85% accuracy. No player scored more points than him (19) in the quarter-finals, as he also produced some elusive running to beat five defenders.