Ulster preparing for all scenarios 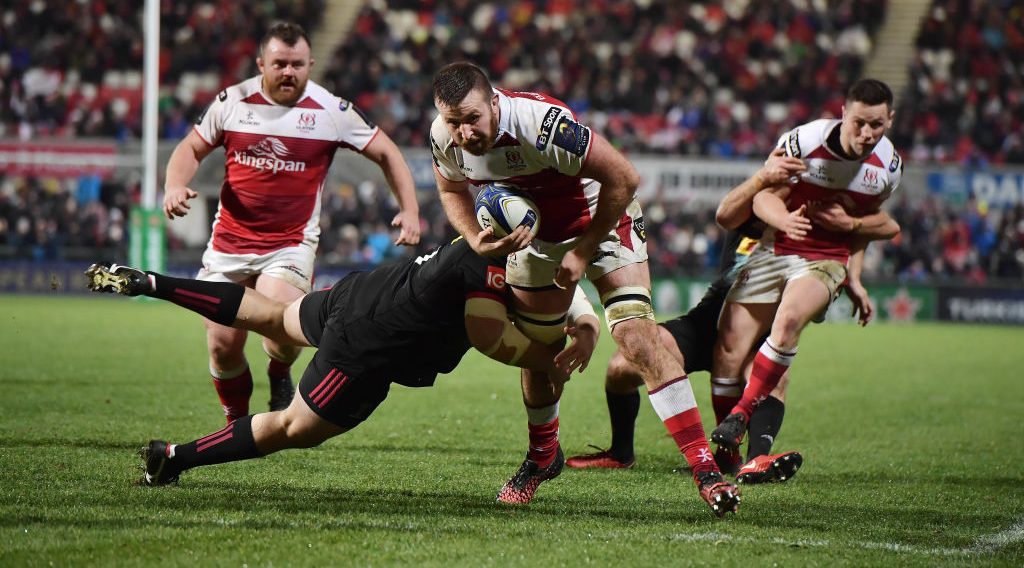 Ulster Rugby second row Alan O’Connor has revealed that the Irish province are preparing for all eventualities as the Heineken Champions Cup enters unusual territory with a two-legged Round of 16 this weekend.

While obviously wanting to win their first leg against Stade Toulousain at Le Stadium on Saturday, the 29-year-old knows Ulster may have to look at the bigger picture, with a second leg against the defending champions following at Kingspan Stadium a week later.

“We’re preparing for the win,” said O’Connor, a veteran of 34 European appearances. “If there’s a situation late on when we have to be smart and go for points in the last five minutes, who knows? We will be thinking about that, but everyone is going into the game wanting to win, no matter what. If things change, we will have to change the way we think.

“I think staying in the game is the main thing for me and not letting the game drift away from you. It’s important to try and dominate territory, and go well in the set-piece.

“We need to make sure we play to our strengths and take away the opposition’s strengths. We need to be smart about how we go about our business.”

Toulouse are familiar opponents to most of the Ulster side, as they went down 29-22 in Belfast to the eventual winners last season.

“Like most French teams, they have a massive pack,” O’Connor commented. “A couple of their forwards can really play with the ball as well. They have the guys who can run over you and guys who can offload and pass well. They’ve got a good set-piece, so we’ll be looking to go head-to-head with them and we’ll enjoy that challenge.

“We’ll be looking to neutralise a lot of what they have and make sure we go over as a collective and use our collective as a strength to try to shut them down.”