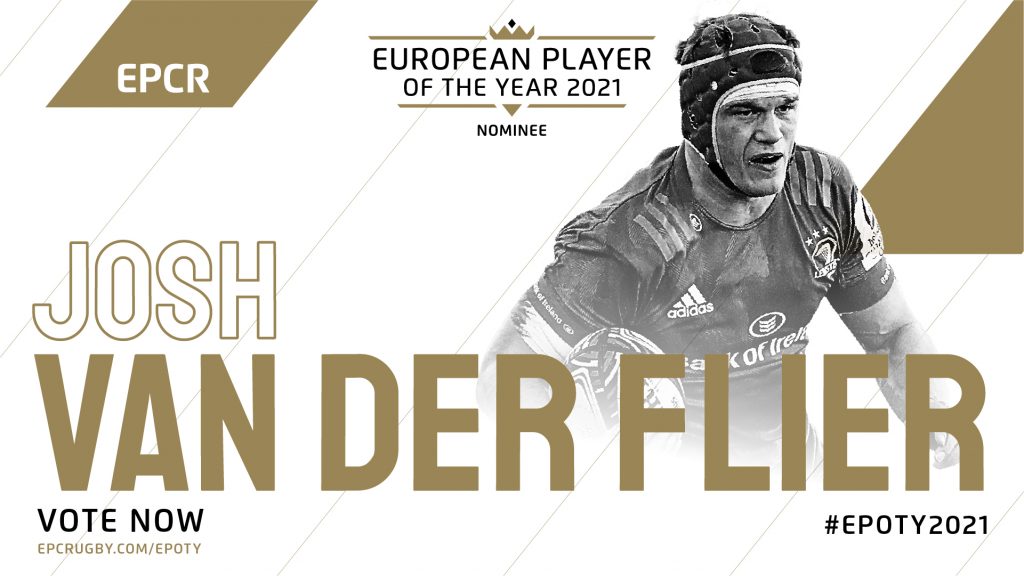 Leinster Rugby flanker Josh van der Flier has played in every minute of the Irish province’s Heineken Champions Cup campaign this season and earns an EPCR European Player of the Year nomination after a stunning display against Exeter Chiefs in the quarter-finals earlier this month.

The Ireland international made a superb 22 tackles against last season’s European champions and won  two turnovers as Leinster hit back from 14-0 down to win 34-22 and earn a spot in this weekend’s semi-finals.

With ball in hand, he is one of Leinster’s most destructive weapons, as this is matched with a low centre of gravity that makes him tricky to tackle and a neat offloading ability.

Totals of 46 tackles, 76 metres gained and 21 carries as well as a try against Montpellier in Round 1 prove that Van der Flier is a worthy nomination for this year’s prize.