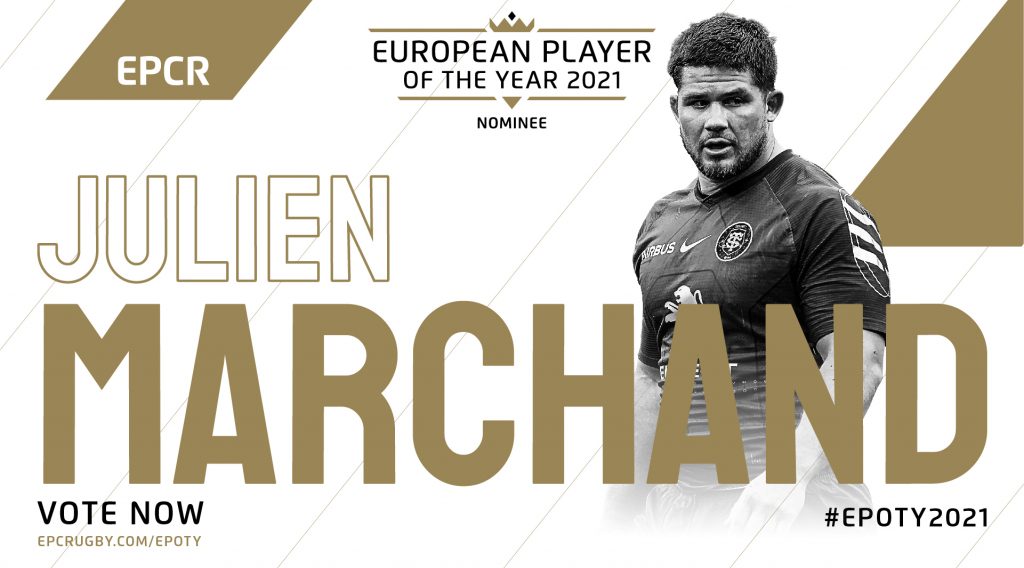 EPCR European Player of the Year nominee Julien Marchand has been in fine form for Toulouse during the 2020/21 Heineken Champions Cup as the French outfit chase a record fifth European title.

The 25-year-old powerhouse has been a firm feature of Toulouse’s front row this season and notched a vital try in their Round of 16 40-33 thriller against Munster Rugby in early April – his try helping level the scores at 23-23 early in the second half.

Marchand is one of the Toulouse quartet nominated for the prestigious award and has a further chance to impress next weekend when his side host Bordeaux Begles in an all-French semi-final at the Stade Ernest-Wallon on Saturday afternoon.