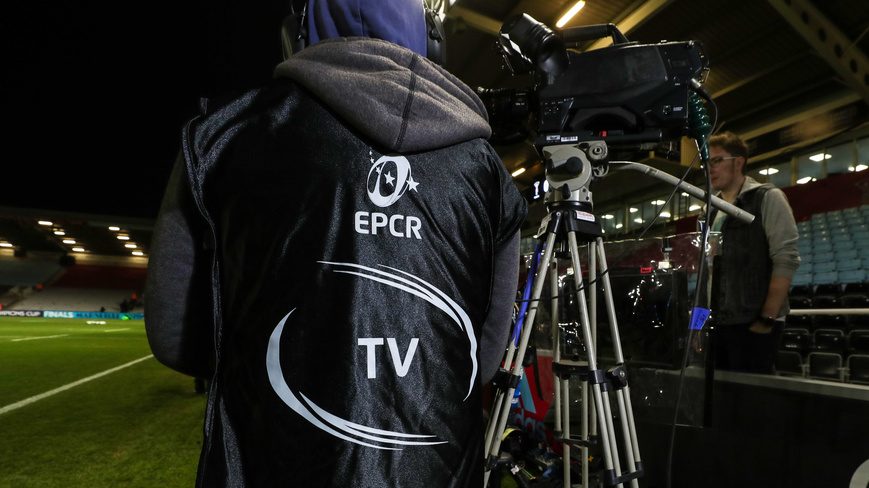 EPCR is pleased to announce enhanced worldwide broadcast coverage of the Heineken Champions Cup and European Rugby Challenge Cup for the 2020/21 season with Sky Italia leading a host of new TV rights deals in international markets.

Sky Italia’s two-year agreement will enable them to broadcast five matches live across the two tournaments every weekend on Sky Sport and via streaming on NOW TV. Two of the matches will feature Italian clubs, Benetton Rugby and Zebre Rugby Club, in the preliminary stage of the Challenge Cup, while the remaining three fixtures will highlight top action from the Heineken Champions Cup.

Sky Sport 24 and the skysport.it website will also carry extensive coverage of the new season which kicks off on Friday (11 December) and runs through to Finals Weekend in Marseille in May 2021.

EPCR Director General, Vincent Gaillard, said: “There is a significant and loyal rugby community in Italy and we are delighted that they will be able to enjoy European rugby tournaments on Sky Italia over the next two seasons. Our objective is to provide an outstanding viewing experience across an innovative range of linear and OTT broadcast platforms and this agreement with Sky helps us to achieve that in a very important market for EPCR.”

Marzio Perrelli, Sky Sport Executive Vice–President, said: “The agreement with European Professional Club Rugby underpins the long-standing importance of rugby for Sky: a sport that embodies key sporting values ​​and engages a large number of fans. The two top-tier European rugby competitions are going to enhance Sky Sport’s programming, with some of the best rugby players on the pitch and a high-level sporting action. This agreement secures greater reach for the Italian clubs playing the Challenge Cup and fosters the development of rugby in our country. It is content that further enhances Sky’s offer dedicated to the great Italian and international sports, from football to motorsports, tennis to basketball and much more.”

The entire Heineken Champions Cup season will be available in every territory across the world for the first time in 2020/21 with epcrugby.tv supplying a direct-to-consumer streaming service in all countries where broadcast agreements are not in place.

Meanwhile, beIN SPORTS have acquired rights to the tournaments in Australia, South–East Asia and the MENA (Middle East and North Africa) region also for the next two seasons.

In addition, S4C have committed to six Welsh-language broadcasts of matches in the preliminary stage of the Challenge Cup, featuring Cardiff Blues – tournament winners in 2010 and 2018 – and Ospreys. The tripartite agreement comes with the cooperation of BT Sport who provide comprehensive coverage of European club rugby tournaments to fans in the United Kingdom and Ireland.