Maitland: We’ve got nothing to lose 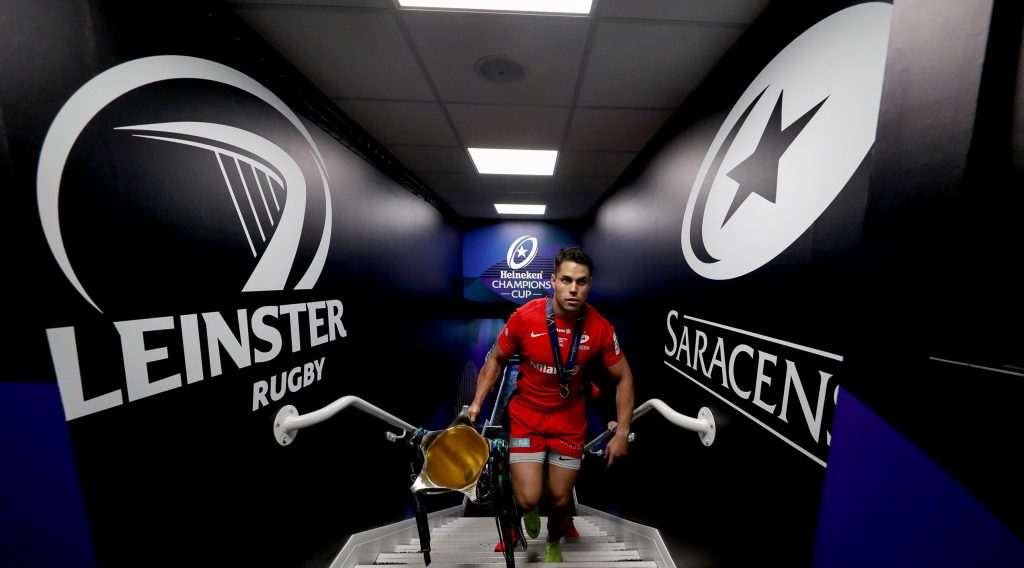 While the defending European champions have endured mixed fortunes since lockdown with relegation from the Gallagher Premiership assured after their salary cap breach, Leinster have stretched their winning run to 25 games and are fresh from a third successive PRO14 title.

“These games we’ve been playing have been interesting, a weird old situation with no fans and midweek games,” said the Scotland international.

“In the back of the mind, we’ve always had this Leinster game. It’s the only game that really means anything to us, but in saying that, it’s been so good for our young lads to get experience.

“For the older boys like me, we’ve been building up to this game as the one with real significance. We’ve got nothing to lose and it’s going to be special.

“They’re the form team and they’ll be coming into this game full of confidence after winning the PRO14.”

The game will be particularly special for the likes of Saracens captain Brad Barritt and scrum-half Richard Wigglesworth, who will leave Allianz Park at the end of the delayed 2019/20 campaign.

“We’ve got a couple of legends at the club and this is going to be their last season, so we’ve got a lot of things to play for,” said Maitland.

“We want to win this competition, beat Leinster, but also do it for these lads who have given so much to the club.”

However, Maitland reckons the Irish province will have added incentive after losing 20-10 to Saracens in last year’s Heineken Champions Cup final in Newcastle, when he scored one of their two tries.

“I’m sure they have a lot of motivation to play us after last year,” said the New Zealand-born 32-year-old of the clubs’ third knockout clash.

“I know there’s not going to be any fans, which is a shame. We’ve played a quarter-final over there, then last year’s final, now this quarter-final again.

“It’s a massive game, it’s European rugby and it’s the only game that really means anything.”