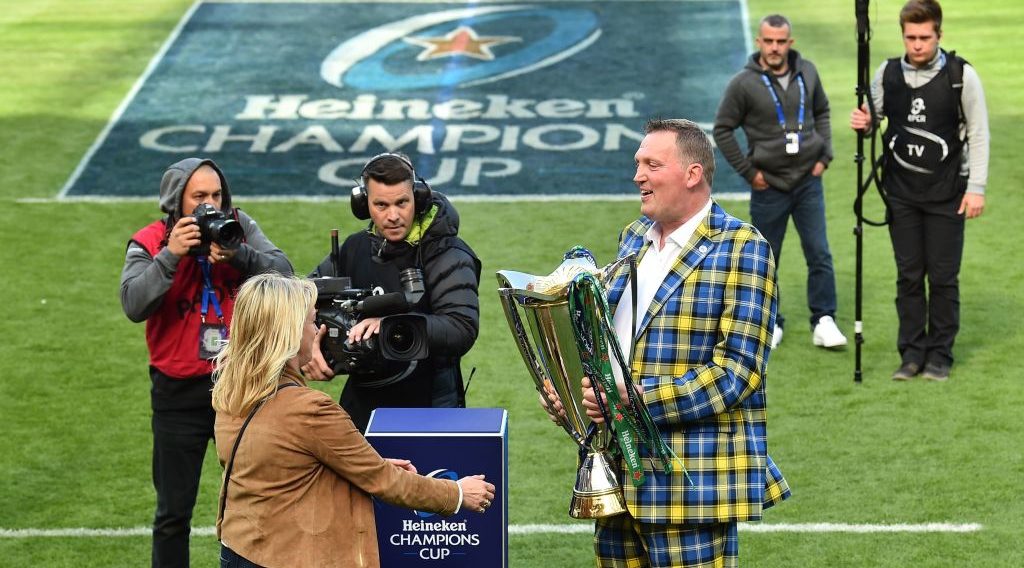 Doddie Weir OBE provided the rugby world with a stunning Heineken Memorable Moment at last season’s European Finals Weekend, carrying the Heineken Champions Cup out onto the pitch at a sold-out St. James’ Park in Newcastle before the showpiece final.

The rugby community has rallied behind Doddie, the former Newcastle Falcons lock whose My Name’5 Doddie Foundation is raising funds to aid research into the causes of Motor Neurone Disease and investigate potential cures, making a difference to the lives of those coping and battling with MND.

From the 2019 European Finals Weekend, EPCR contributed £51,930 to those projects – equal to £1 from each seat used at last season’s Heineken Champions Cup Final. Saracens were the victors on a famous day in Newcastle, coming from 10-0 down to defeat defending champions Leinster Rugby 20-10.

Speaking last year, Doddie Weir said: “We are delighted and overwhelmed by the support of EPCR with this partnership, especially in a city that is so close to our hearts.

“There is no cure for this horrific disease so to raise awareness as well as funds for crucial research is vital and we’ve had amazing support on a day-to-day basis.

“In the year since we set up the Foundation, we have committed more than one million pounds to help find a cure for MND.

“That could not be done without the generosity and support of everyone out there and we will soon share details of further significant investment into research programmes. It is testament to EPCR that they are helping us, we greatly appreciate their support.”

EPCR and Halbro Sportswear also teamed up to release a polo shirt in order to raise funds for My Name’5 Doddie Foundation with all proceeds going to the charity. To visit the Just Giving page, click HERE.