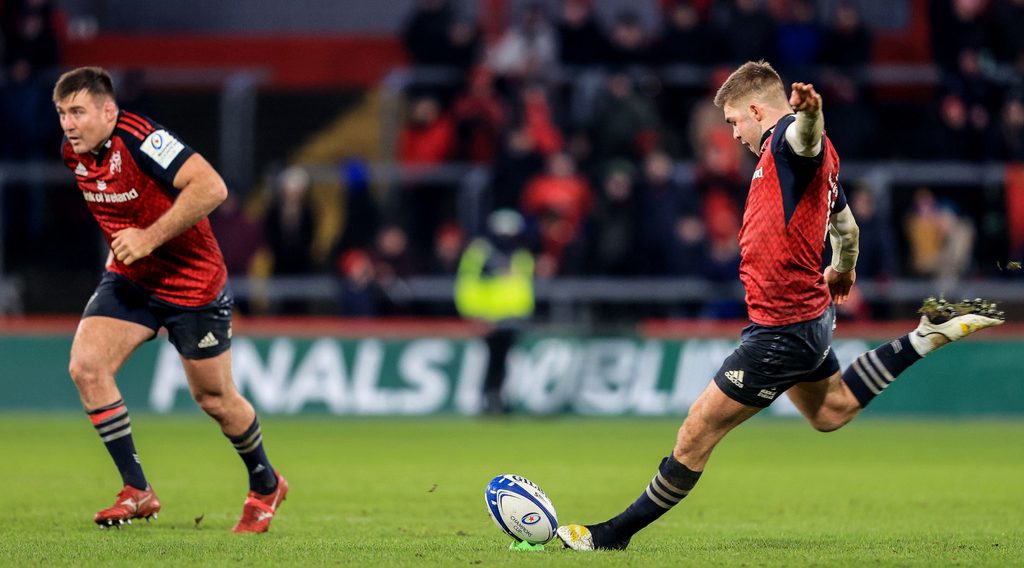 With either qualification for the knockout stage, securing a home tie in the Round of 16, or qualifying for the EPCR Challenge Cup on the line, there is something as stake in all 12 Heineken Champions Cup, Round 4 clashes this weekend as the pool stage really heats up.

Ahead of the final round of pool stage fixture, we’re taking a look at some of the qualification permutations. After a look at Pool A earlier, we now turn our attention to Pool B.

Though some clubs have already confirmed their places in the Round of 16, the crucial bonus of home advantage in the knockout stage is up for grabs for the four top-ranked teams in each pool.

In Pool B, Stade Toulousain, who host Munster Rugby on Sunday, Stade Rochelais, who visit Northampton Saints on Saturday, Leicester Tigers, who welcome Ospreys tonight at 20:00 (UK & Irish time), will be battling for top spot as all three come into the game locked on 13 points at the summit.

Toulouse and La Rochelle’s respective points differences, which stand at +53 and +45 coming into Round 4, could be decisive, with Leicester boasting a somewhat smaller +28.

Fifth-placed Ospreys’ trip to Leicester is set to be an enthralling watch, with both sides in with a chance of moving top of the pool tonight to put pressure on the other leading contenders.

Plenty to play for next week, who do you think will join them? 🤷‍♂️ pic.twitter.com/TW4FArZiGL

Fourth-placed DHL Stormers are another outfit within striking of the frontrunners, and any slip-ups from those above them will hand them the opportunity to move upwards should they beat ASM Clermont Auvergne in Cape Town on Saturday.

Sixth-placed Munster will be confident of booking their Round of 16 spot, though they face a tough trip to five-time champions Toulouse, and Montpellier Hérault Rugby, Clermont and Sale Sharks could all mathematically overhaul the Irish province.

Seventh-placed Montpellier host London Irish on Sunday and will need to better Clermont’s result in Cape Town to avoid coming under pressure from ninth-placed Sale, who are away at 10th-placed Ulster Rugby.

That clash at the Kingspan Stadium is poised to be a belter as both sides come into the game with their knockout stage hopes hanging by a thread.

Results elsewhere will need to be favourable if either are to sneak into the all-important top-eight, with Ulster the further adrift of the two, sitting three points behind Clermont and with a vastly inferior points difference of –50.

For Northampton and London Irish, who each have managed just a solitary point so far, the focus will largely be on moving into ninth or 10th to secure a place in the EPCR Challenge Cup Round of 16.

Heineken Champions Cup Round of 16

The clubs ranked 9th and 10th in each of the pools will qualify for the Round of 16 of the EPCR Challenge Cup.

Click HERE for full details of the Heineken Champions Cup format and rules.

Heineken Champions Cup Team of the Week: Round 4