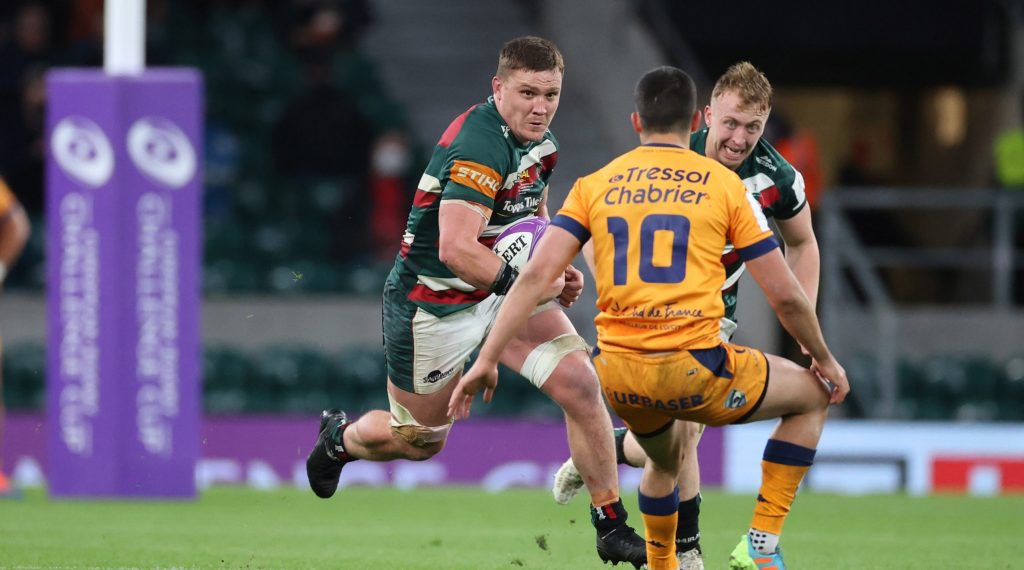 Leicester Tigers No.8 Jasper Wiese on the attack

Leicester, winners of EPCR’s elite competition in 2001 and 2002, stormed 26-14 clear in the first period thanks to tries from Julian Montoya, Richard Wigglesworth, Harry Potter and Tommy Reffell, plus three Freddie Burns conversions, with Api Ratuniyarawa’s touchdown and a penalty try keeping Irish in touch.

On the resumption, Matt Rogerson and OIlie Hassell-Collins struck for the visitors, and with Paddy Jackson improving the former, the Exiles were level.

However, Jackson’s failure to convert Tom Pearson’s 59th minute try, after Burns had improved Jasper Wiese’s score for the Tigers three minutes earlier, was crucial in the end.

In the TOP 14, there were two other all-Heineken Champions Cup clashes, with Racing 92 notching a 46-12 home drubbing of ASM Clermont Auvergne and Lyon defeating Stade Toulousain 21-14 at Matmut Stadium Gerland.

Meanwhile at Lyon, with both sides scoring two tries, Leo Berdeu’s goalkicking proved decisive, as he kicked 14 points. Davit Niniashvili and Ethan Dumortier crossed for Lyon, with Romain Ntamack and Alban Placines touching down for the visitors.