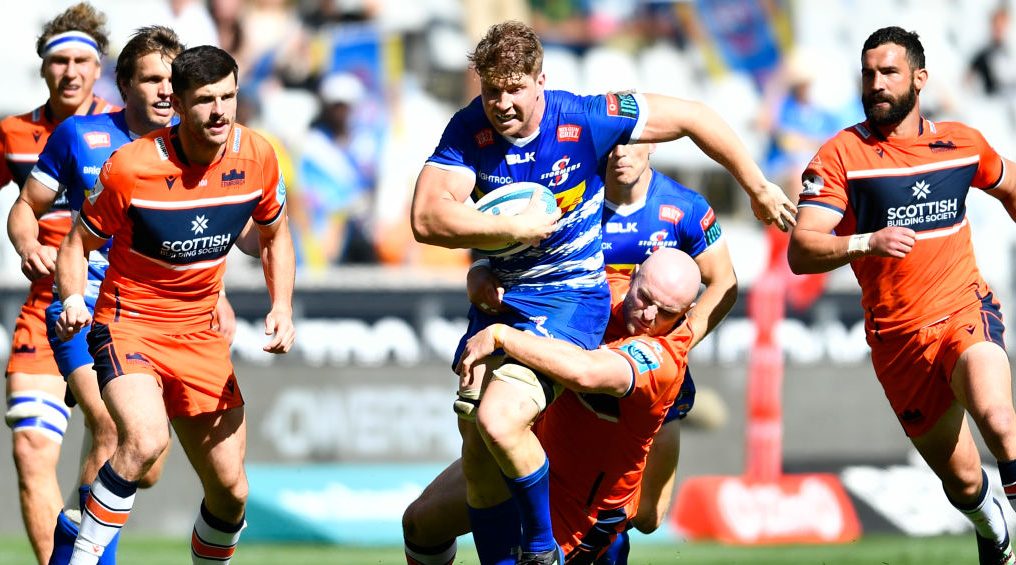 DHL Stormers No.8 Evan Roos, who could make his Heineken Champions Cup debut next month, has been handed his first Test start by South Africa head coach Jacques Nienaber in Saturday’s game against England at Twickenham.

He is one of six changes to the starting Springboks XV as Nienaber copes with the likes of Harlequins centre Andre Esterhuizen, Montpellier Hérault Rugby scrum-half Cobus Reinach and Leicester Tigers No.8 Jasper Wiese all returning to their clubs.

“With this Test falling outside the international Test window, we knew we would have to make changes to the team, but we are pleased with the depth we have built in the wider squad in the last few months, and it is paying off for us this week,” said Nienaber.

“Every player in this squad has played Test rugby, and most of them have received game time at this level thanks our selection plan throughout the season and the SA ‘A’ games against Munster and Bristol.

“We are very excited to see what this group of players will do against a quality England side given the mix of talented young players who have been putting up their hands and the experienced guys who have come a long way with us over the last few years.”

Roos is one of four DHL Stormers players in the XV. The others are fly-half Damian Willemse, lock Marvin Orie and prop Frans Malherbe.

Meanwhile, Mapimpi and Etzebeth are joined by three other Cell C Sharks in the side in captain Siya Kolisi, hooker Bongi Mbonambi and prop Ox Nche.