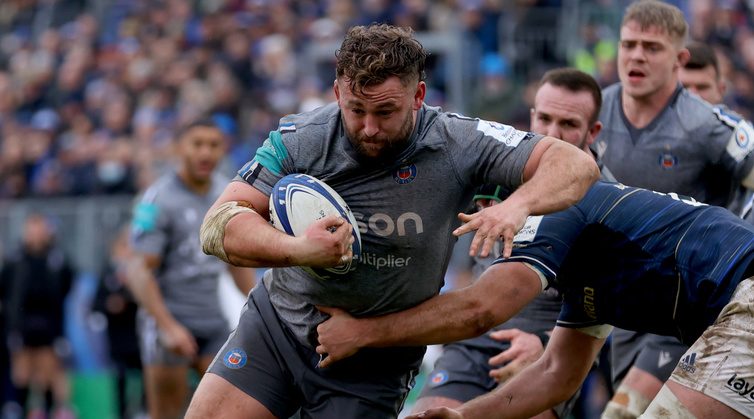 Bath's Will Stuart has made 18 appearances in EPCR competitions

Bath Rugby prop Will Stuart scored a late try brace as England recovered from 19 points down to draw 25-25 with New Zealand in the Autumn Nations Series on Saturday.

Stuart, who will be looking to add to his three tries in four EPCR Challenge Cup games when this season’s competition gets underway next month, came off the bench to play a huge role in the incredible comeback at Twickenham Stadium.

Elsewhere, Stuart’s Bath teammate Cameron Redpath was amongst the try-scorers as Scotland eased to a 52-29 win over an ill-disciplined Argentina side at BT Murrayfield.

In Dublin, there was a boost for EPCR Challenge Cup contenders Connacht Rugby as centre Bundee Aki marked his return from a ban with a try to help Ireland beat Australia 13-10.