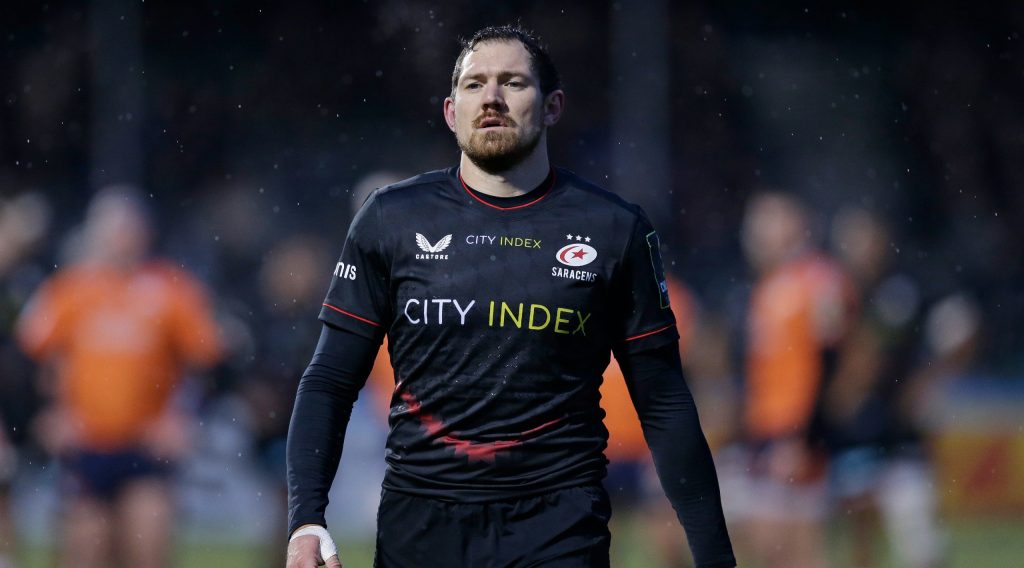 2019 EPCR European Player of the Year Alex Goode produced a superb performance on his record-breaking 339th Saracens appearance as they beat Sale Sharks 33-22 in the Gallagher Premiership on Sunday.

Utility back Goode, who has turned out 79 times in EPCR competitions and will begin this season’s Heineken Champions Cup looking to help Saracens lift the trophy for a fourth time, tallied 12 points at StoneX Stadium.

The 34-year-old dotted down early on for the hosts and later added a penalty, converted tries from Theo McFarland and Nick Tompkins, and set up Ben Earl for a score.

Those four tries were enough to see Saracens maintain their 100%-win record at the start of the Premiership season and further underline their Heineken Champions Cup credentials.

Who’s the scariest player in the #HeinekenChampionsCup this season? 👀 pic.twitter.com/XlyvhiEQ5L

Marnus Potgieter, Aphelele Fassi and Phepsi Buthelezi responded for Cell C Sharks as they battled back from 13 points down to lead at one stage, but they were ultimately overpowered.

Edinburgh Rugby were the other Heineken Champions Cup side in URC action on Sunday, with tries from Ben Muncaster, Luke Crosbie and Patrick Harrison, plus 10 points from the boot of Emiliano Boffelli, handing the Scottish region a 25-17 win at Cardiff Rugby.

Holmes had kicked a penalty on four minutes and converted tries from Madosh Tambwe, Kane Douglas and Federico Mori to end with a match tally of 12 points.