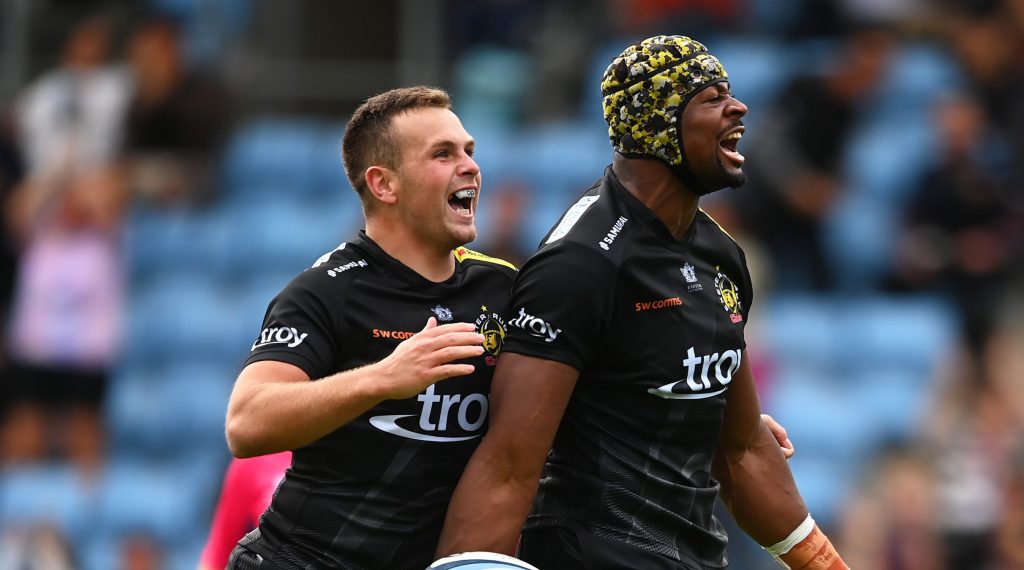 The flanker dotted down in the first half as Exeter raced into a 24-point lead, but Quins launched an incredible fightback after the break and looked to have snatched victory heading into the closing stages at Sandy Park.

But Tshiunza raced over again in the final play as he capped a phenomenal game and earned his side a third win in three Premiership matches.

In addition to the Wales international’s first score, Harry Williams, Stuart Townsend and Harvey Skinner crossed for Chiefs in their first-half blitz, with Cadan Murley’s effort Quins’ only response.

However, the visitors came out firing after the break, with Tyrone Green crossing before Murley notched a second, leaving the 2020 Heineken Champions Cup winners reeling.

We’ve picked out 5️⃣ of our favourite moments from South African players through #HeinekenChampionsCup history… pic.twitter.com/mpoMGHGrES

Luke Northmore then scored a stunning quick-fire double to put Quins in front with just under an hour played, though Exeter edged back ahead on 67 minutes as Pat Schickerling wriggled over.

An outrageous piece of skill from Joe Marchant looked to have won it for Quins as he gathered Marcus Smith’s kick expertly to plant down out wide, but Tshiunza struck to maintain Exeter’s 100% record at the start of the domestic season.

Scores from Arthur Iturria and Irae Simone in addition to four Jules Plisson penalties did the business for hosts Clermont, with eight points from the boot of Dillyn Leyds and a Yoan Tanga Mangene try not enough for La Rochelle.

Munster Rugby were another Heineken Champions Cup side defeated on Sunday, going down 23-17 at Dragons in the United Rugby Championship.

Ben Healy tallied 12 points for the Irish province as he crossed, kicked two conversions and added a penalty, with Stephen Archer also dotting down.