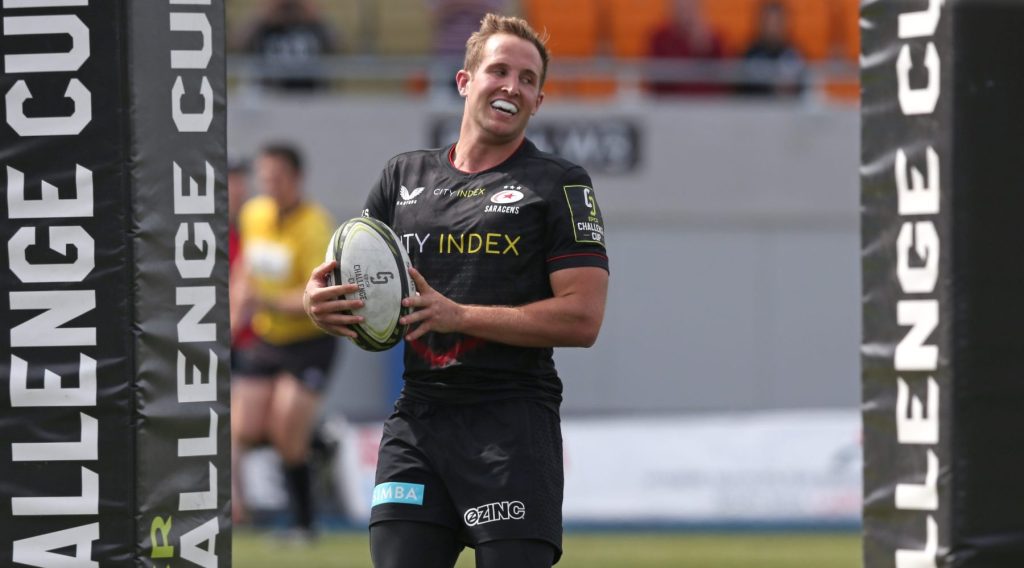 Quins, who face a trip to South Africa to take on Sharks in their Heineken Champions Cup opener on the weekend of December 9-11, led 24-12 at the break – Cadan Murley (2) and Joe Marchant on the scoresheet.

Saracens, who host Edinburgh Rugby on opening weekend, responded through Elliot Daly and Max Malins before the half.

Malins added another early in the second half before Nick Tompkins dotted down for the bonus point try – the teams tied at 27-27 heading into the final 20 minutes. Daly then kicked Saracens to victory with a 66th minute penalty.

Elsewhere, Pool B foes Northampton Saints and London Irish combined for 60 points in a bruising encounter, the hosts winning 38-22 at cinch stadium at Franklin’s Gardens.

Saints, who are tasked with an opening round trip to Heineken Champions Cup holders Stade Rochelais, earned the bonus point with tries from Juarno Augustus, Ollie Sleightholme, Alex Mitchell and George Furbank.

London Irish, who host Montpellier Hérault Rugby in Pool B in round one, replied with scores from Will Joseph, Ollie Hassell-Collins and a penalty try.

In the United Rugby Championship, Bulls prepared for their EPCR competition debut with a 31-15 win away at Lions.

Marcell Coetzee, Cornal Hendricks and Jan-Hendrik Wessels crossed for Bulls, who host Lyon in round one of the Heineken Champions Cup, Chris Smith adding 14 points from the tee.

In the TOP 14, Union Bordeaux-Bègles came out on top in the battle of Pool A rivals, defeating Castres Olympique 33-12.

Matt Jalibert (6) and Maxime Lucu (15) combined for seven penalties in the contest, Maxime Lamothe and Federico Mori adding tries for the hosts. Bordeaux face a trip to Gloucester Rugby when the Heineken Champions Cup begins in December.