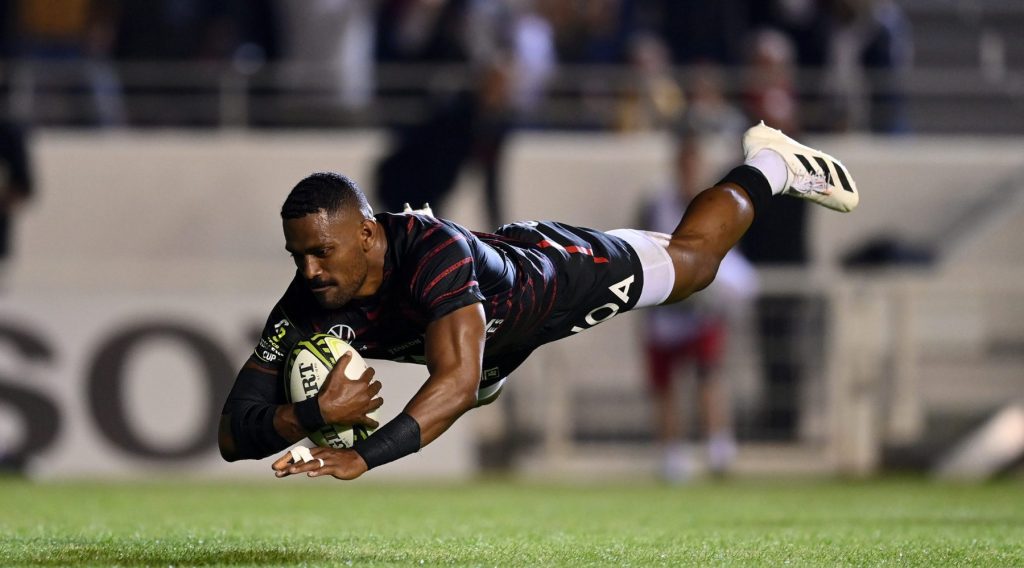 Jiuta Wainiqolo, Cornell du Preez, Teddy Baubigny, Charles Ollivon and Gervais Cordin all crossed for the three-time European champions, who were defeated in the Challenge Cup final for a fourth time just over three months ago but will be eager to make it fifth time lucky this campaign.

Bayonne, who are back in the Challenge Cup after returning to the French top flight, proved tricky customers as they crossed through Jean-Teiva Jacquelin, Guillaume Rouet and Remy Baget, and even led at half time.

This team is looking 🔥

Sefa Naivalu and Giovanni Habel-Kueffner both dotted down for the hosts, with 14 points from the boot of Joris Segonds helping to keep Clermont at bay.

Visitors USAP looked to have the game wrapped up after Tristan Tedder and Lucas Dubois had crossed for converted tries, but Zack Henry, who had earlier kicked two penalties, converted Jordan Joseph’s try and added another three-pointer, all in the final five minutes, to snatch victory for Pau.

Matthieu Voisin, Nico Lee and a penalty try, in addition to 10 points from Thomas Laranjeira, made Lyon work hard for their victory.