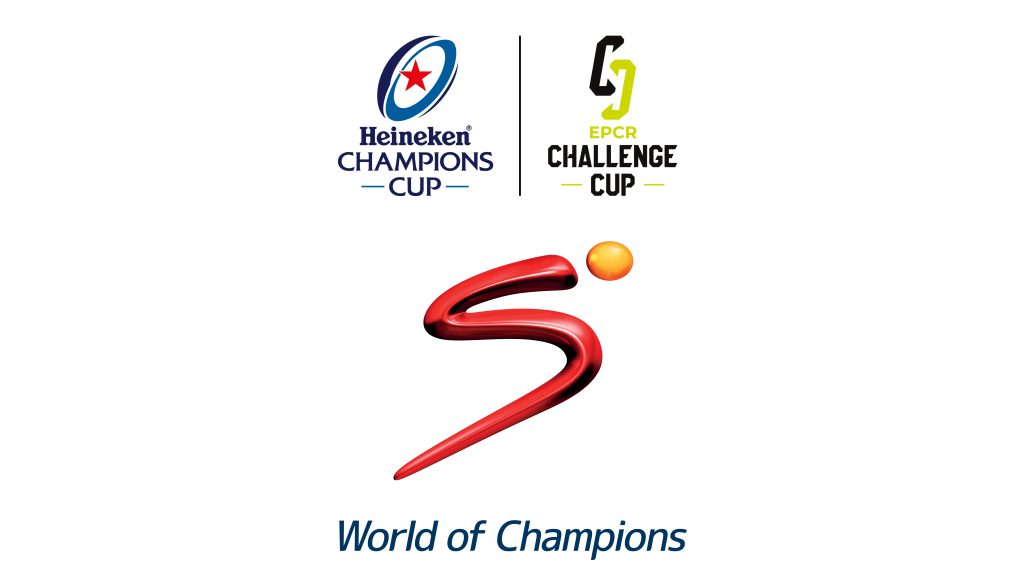 EPCR are pleased to announce that SuperSport will join its new suite of TV partners for the coming seasons as the exclusive broadcaster of the Heineken Champions Cup and EPCR Challenge Cup in South Africa, as well as in other key territories in sub-Saharan Africa.

To complement the historic participation of the major South African clubs in EPCR’s two elite tournaments, SuperSport will further increase the reach of the Heineken Champions Cup and EPCR Challenge Cup with its comprehensive programming.

The three-year agreement, which will run until the conclusion of the 2024/25 season, will see SuperSport cover all matches involving South African clubs in each of the pool stage and knockout stage rounds, including both EPCR finals which are scheduled for Dublin’s Aviva Stadium in 2023.

Apart from watching the Stormers, Bulls, Sharks, Lions and Cheetahs make their landmark first appearances in EPCR’s competitions when the action gets underway in early December, SuperSport viewers will benefit from enhanced coverage of iconic clubs from the Gallagher Premiership and TOP 14 such as Leicester Tigers, Harlequins, Saracens, Stade Toulousain, Stade Rochelais and Racing 92.

“Broadcast partnerships are a vital component of our strategy to bring the competitions to even wider audiences, and we are very pleased that SuperSport have joined as an official broadcast partner for the new cycle,” said EPCR Chairman, Dominic McKay.

“Following on from what was a magnificent finals weekend in Marseille last May, we are confident that SuperSport will deliver for us in terms of viewership growth and innovation as we welcome South African clubs into the EPCR fold.”

Tex Teixeira, Chief Content Officer at SuperSport, said: “Our South African teams have a proud tradition and are respected global rugby brands. Now being able to participate in top European competitions against some of the best clubs in the world is great progress for our teams and, more importantly, rugby fans locally and internationally.

“As with the URC, we are committed to collaborating closely with our key partners and to continue to build stars and household names. We will aim to find the right balance between taking care of our traditional and loyal customers while creating alternate, more edgy offerings for younger and more casual rugby fans.”

As recently announced, EPCR have also agreed a multi-year agreement with the streaming platform, FloSports, as the exclusive broadcaster of EPCR’s tournaments in the USA until the conclusion of the 2024/25 season.

The deal is part of a groundbreaking alliance which will see the Heineken Champions Cup and the EPCR Challenge Cup bundled with key fixtures in the URC and the TOP 14 allowing viewers in America unprecedented access to all four competitions on the one digital platform.

EPCR will be announcing further multi-year broadcast partnerships for its core territories of the UK, Ireland and France shortly, and these will be followed as soon as possible by the announcement of the exact dates, kick-off times and TV coverage of the 2022/23 fixtures.