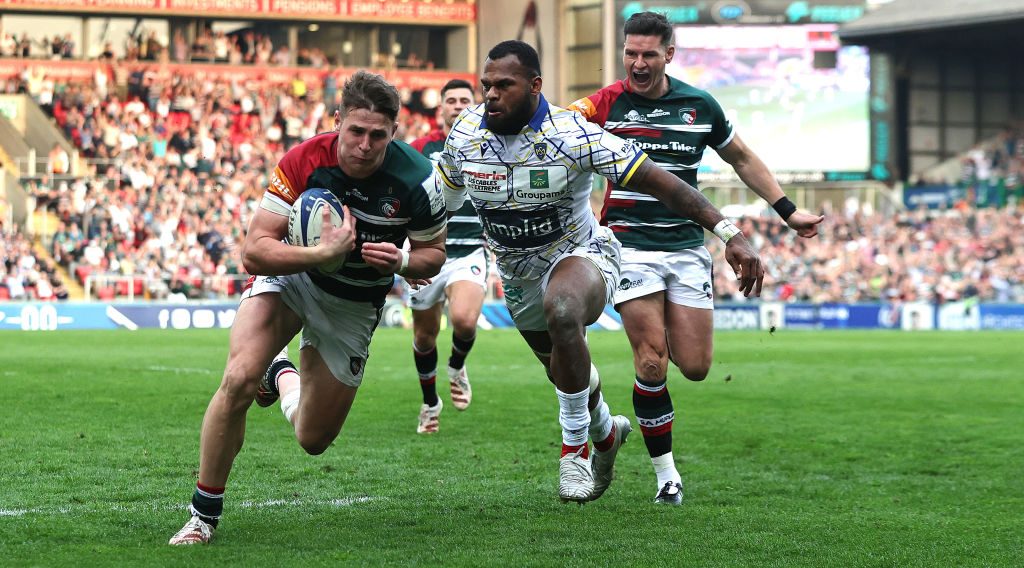 Ahead of the 2022/23 Heineken Champions Cup, we’re looking back at the previous European meetings between sides drawn to face each other. Next, we revisit the seven European Cup matches between Leicester Tigers and ASM Clermont Auvergne, who clash in Pool B next season.

Goode put in a near flawless performance, kicking five penalties from six attempts and converting all six Leicester tries, one of which he scored.

Varndell went over twice in each half, while Damien Hipkiss scored Leicester’s fifth try.

Anthony Floch, Alexandre Audebert and Breyton Paulse touched down for the hosts.

Clermont recorded their 35th consecutive home victory in front of a partisan 18,000 crowd at the intimidating Stade Marcel Michelin.

Julien Malzieu also went over for the hosts, while Leicester replied through Ben Youngs and a penalty try.

A battling second-half showing kept Leicester in the qualification hunt.

Tigers trailed by nine points at half-time at Welford Road but rallied to claim the spoils as Toby Flood kicked 13 points.

Clermont defeated a determined Leicester side to book their place in the semi- finals.

Owen Williams slotted 11 points for Tigers, who trailed 19-7 at half-time.

Leicester took what proved a decisive advantage in the tie after an impressive display at Stade Marcel-Michelin.

Tigers led with an hour played thanks to tries from Ellis Genge, Julian Montoya, Jack van Poortvliet and Hosea Saumaki, and added a fifth try through Harry Potter when playing with 14 men after Guy Porter was sent off.

Clermont went over through Cheikh Tiberghien early on but struggled to match the visitors.

Leicester powered their way to a comprehensive victory over Clermont to set up a home Heineken Champions Cup quarter-final against Leinster Rugby.

Alivereti Raka and Fritz Lee replied for Clermont as Leicester went through 56-27 on aggregate.