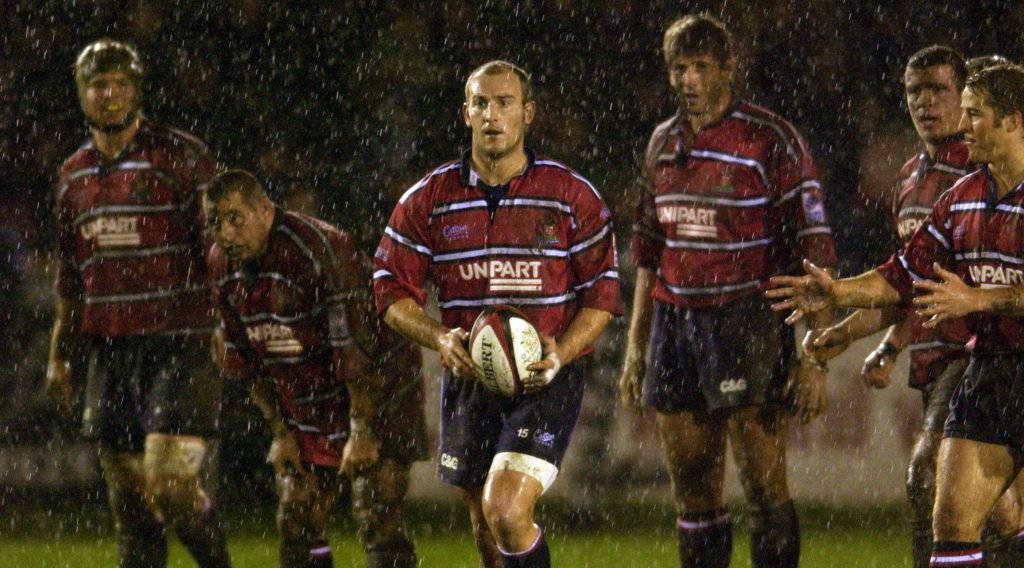 Ludovic Mercier in Challenge Cup action with Gloucester in 2002

Ahead of the 2022/23 EPCR Challenge Cup, we’re checking out some of the current records for the competition, starting with the individual category, which features a number of big names from the tournament’s past.

The French fly-half sits top of the points list, with a large part of his haul (196) coming during his two spells with Gloucester Rugby, for whom he lifted the Challenge Cup in 2006.

He was fairly prolific with Section Paloise (93) and Petrarca Rugby (134) too, and added further points while playing for Beziers (20), Aurillac (58) and Grenoble (19).

Jonny Wilkinson sits second on 485, achieved during his time with Newcastle Falcons and RC Toulon, while Connacht Rugby legend Eric Elwood is third on 473.

The lock featured in 13 different Challenge Cup campaigns between 1997 and 2014, appearing twice for Richmond in the first of those before representing Connacht in the remainder.

The Englishman is clear of Micky Ward, who made 58 appearances with Newcastle Falcons, and Florin Vlaicu, who turned out 57 times, with all but three of those games coming with Bucharest Wolves.

The wing demonstrated his exceptional finishing during his five campaigns in the Challenge Cup, starting with 2009-10, when he notched 10 tries for Wasps.

After leaving Wasps with 20 Challenge Cup tries to his name, he added another five with Bristol Bears, taking him clear of Julien Aris, who dotted down 22 times for Colomiers and Stade Français Paris.

Jonny May moved up to 17 tries last season after going over for his 15th score in the competition with Gloucester, the other two coming in a Leicester Tigers shirt. The England wing is one of the leading active players when it comes to tries.

So to have you say make sure you head over there, follow and check out our Stories! pic.twitter.com/xfxScuuLEq

Most tries in a match: Alexandre Bouyssie (6)

The wing remains the only player to score six tries in a Challenge Cup game, achieving the feat in Union Bordeaux-Bègles’ thrashing of Bologna in the 2001-02 pool stage.

Most conversions in a match: Julien Caminati (14)

The versatile back had plenty of kicking to do as CA Brive thrashed Rugby Club El Salvador 116-3 in the pool stage of the 2010-11 competition, with his 14 successful conversions bettering Jannie de Beer’s 13 for Saracens against Bologna in 2001-02.

Strange’s nine successful strikes came for Ebbw Vale against Toulon in 1999-00 and he was joined at the summit of this particular table the following season.

Vile chalked up the same number for Bristol against Mont de Marsan in the pool stage, before Rosalen repeated the feat for Narbonne as they edged out USAP 34-24 in the quarter-finals.

Most points in a match: Julien Caminati (41)

During Brive’s drubbing of El Salvador in 2010-11, Caminati also registered the most points in a Challenge Cup match, crossing for two tries and kicking a penalty to add to his 14 conversions.

That haul eclipsed the effort of Mark Mapletoft, who notched four tries and slotted seven conversions for Gloucester as they beat Ebbw Vale 59-7 in 1996-97.

This particular record came in last season’s competition, with the Newcastle Falcons centre dotting down in his side’s Pool A opener against Worcester Warriors.