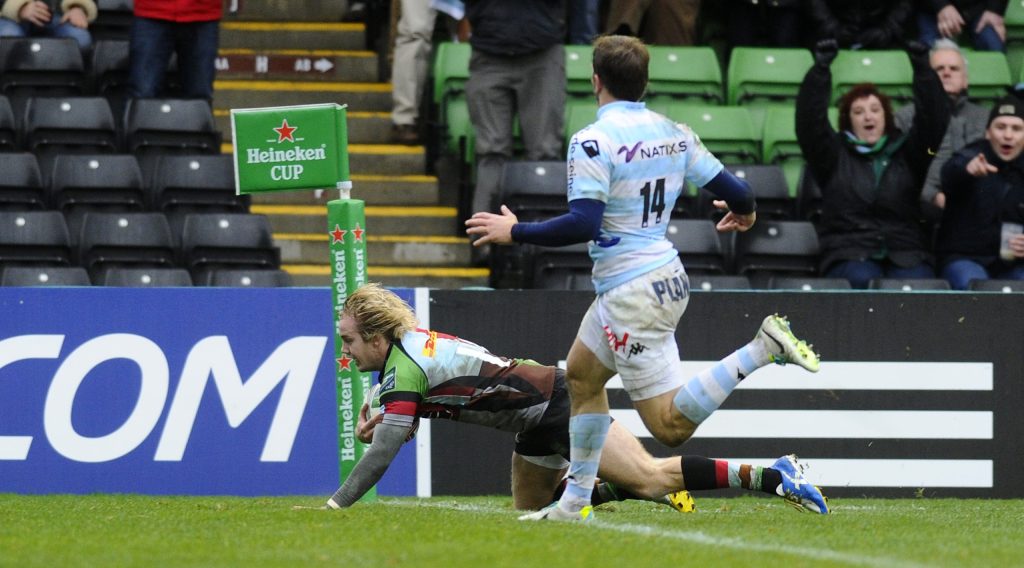 Ahead of the 2022/23 Heineken Champions Cup, we’re looking back at the previous European meetings between the sides drawn to face each other. Today, we recap the three European Cup encounters between Harlequins and Racing 92, who clash in Pool A next season.

Quins picked up their first win of the 2013-14 Heineken Cup as they went over for four tries against Racing at Stade de la Beaujoire.

Having lost their opening two Pool 4 games, Quins were in need of a response, and they enjoyed a dominant first half as Nick Easter and Nick Evans crossed, the latter player converting both scores and kicking a penalty.

Evans slotted another penalty after the break before Charlie Walker added a third try, Racing replying with a Bernard Le Roux effort having only notched through a Benjamin Dambielle penalty prior to that.

But Quins would secure the bonus point on 72 minutes as Karl Dickson dotted down following a powerful drive from the forwards, Evans adding the extras to take his match tally to 17 points.

Quins made it back-to-back victories over Racing the following week, further boosting their qualification hopes with a dogged performance at a rainy Twickenham Stoop.

Charlie Walker scored the game’s solitary try, taking advantage of some weak Racing tackling to race over the whitewash.

Three Nick Evans penalties and another from Ben Botica cemented Quins’ position, with the visitors, who saw prop Davit Khinchagishvili sin-binned early on for punching opposite number Joe Marler, only registering through a single Johnny Sexton three-pointer.

It was a different story seven years later as Racing stormed to a huge win at Twickenham Stoop in the second round of Pool B games.

Quins crossed for a consolation try through Scott Steele on the hour mark, but Racing proved far too strong as they made it two wins from two.