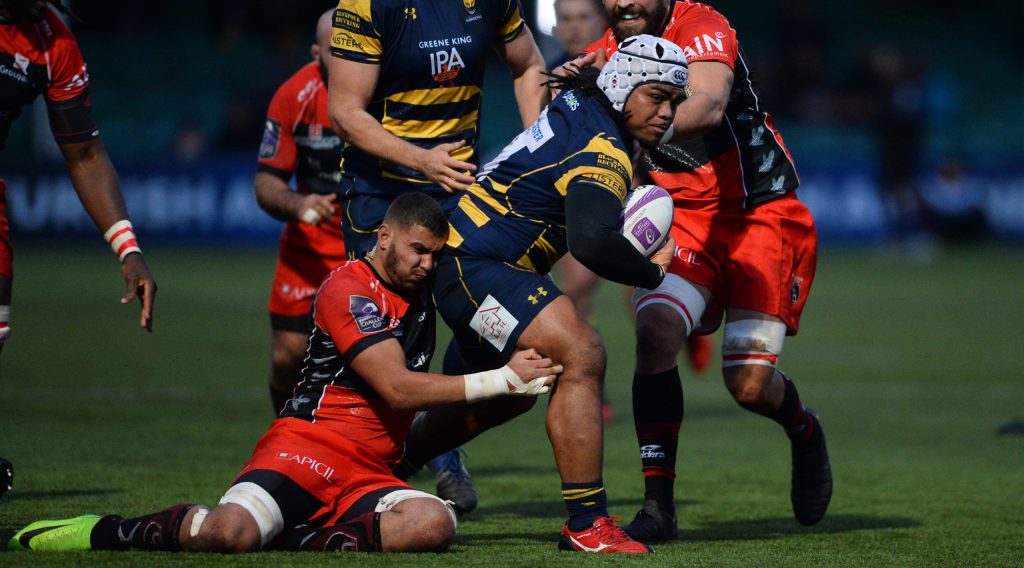 Joe Taufete'e in Challenge Cup action with Worcester in 2017

Heineken Champions Cup contenders Leicester Tigers have added hooker Joe Taufete’e to their ranks ahead of the 2022/23 season.

The USA international joins from Major League Rugby outfit LA Giltinis and could make his second appearance in the Heineken Champions Cup when Leicester get their Pool B campaign underway at Ospreys in December.

That solitary game came in the 2020-21 campaign with Lyon, where he spent two seasons after a four–year stay with Worcester Warriors.

The 29-year-old’s experience of EPCR competitions has largely come in the EPCR Challenge Cup – he has featured 10 times and scored three tries.

Taufete’e has 34 USA caps to his name and is the all-time record-holder for most Test tries by a hooker with 22.

How many will the leading #HeinekenChampionsCup try scorer add to his tally this season? 😅 pic.twitter.com/d5rzQMCWGl

Tigers head coach Steve Borthwick told the club’s website: “We are really pleased to be able to add a player of Joe’s experience, in not only the [Gallagher] Premiership but also international rugby, to Leicester Tigers.”

“He is a powerful player, in attack and defence, and adds competition to our hooking ranks at the club ahead of the new season.

“Joe is an impressive young man who has shown a hunger to want to be a part of our club and contribute to Leicester Tigers, on and off the field, as well as competing at the highest level of Premiership and European rugby.”

Taufete’e added: “To join a historical club like Leicester Tigers and add my name to into the history of a club like this means to me a great deal.”

“I know how it is and what it means to be a Tiger, to push yourself to extremes.

“I have seen how the program has grown since Steve Borthwick took over and I am excited to be playing under his guidance.”

Leicester announced a trio of signings on Friday, with 25-year-old hooker Tom Horton joining from Waratahs and 22-year-old English-qualified outside back Lachlan Shelley coming in from Sydney-based club Eastwood.