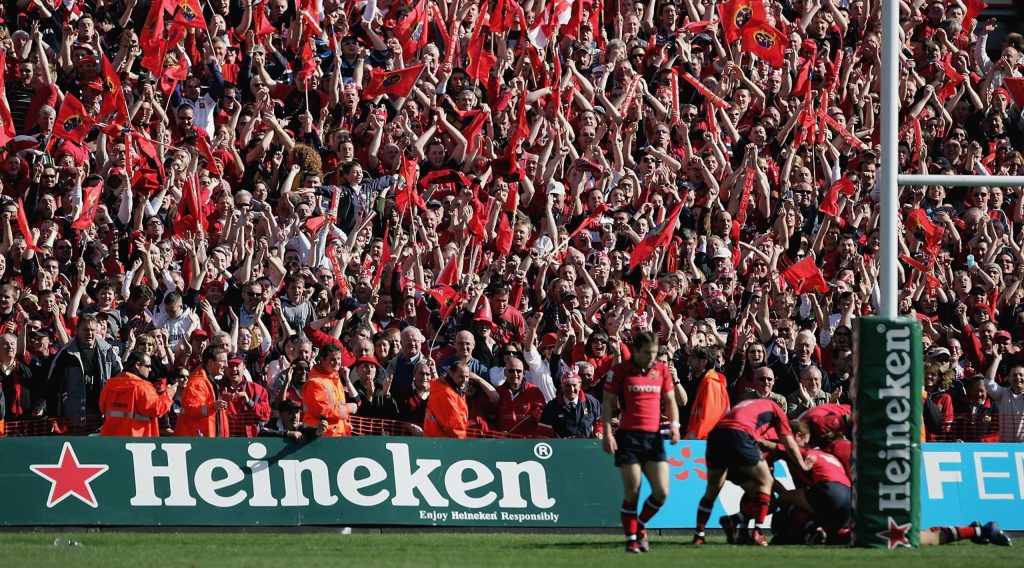 With Dublin’s Aviva Stadium set to host the Heineken Champions Cup and EPCR Challenge Cup finals in 2023, we’re looking back at some of the greatest European games Ireland’s capital has hosted, continuing with a magnificent semi-final from the 2005/06 Heineken Cup.

Leinster came into the game having outclassed Toulouse in the quarter-finals and with 32 tries to their name in the tournament, but Munster were immediately on the offensive.

Fly-half Ronan O’Gara played a pivotal role, with his boot proving unerring – he put Munster ahead with a penalty on two minutes – and was soon joined on the scoresheet by Denis Leamy, who touched down for the opening try after a driving maul.

O’Gara converted and added two more penalties before the interval. Felipe Contepomi’s penalty was Leinster’s only response, leaving the score 16-3 at half-time.

Contepomi narrowed the gap a little more with another penalty on 71 minutes, and Leinster’s faint hopes of a comeback were boosted when Munster’s Freddie Pucciarello was sin-binned five minutes later.

But Munster would run in two more scores in the dying seconds, O’Gara going over after seizing Peter Stringer’s pass and sprinting through before adding the extras himself.

Trevor Halstead had time to cross for another, intercepting a pass from Leinster scrum-half Guy Easterby, with O’Gara completing the scoring and taking his match tally to 20 points with another conversion.

It was the third time in six years that Munster had reached the competition’s final – and this time they set up a meeting with Biarritz Olympique in the showpiece game.