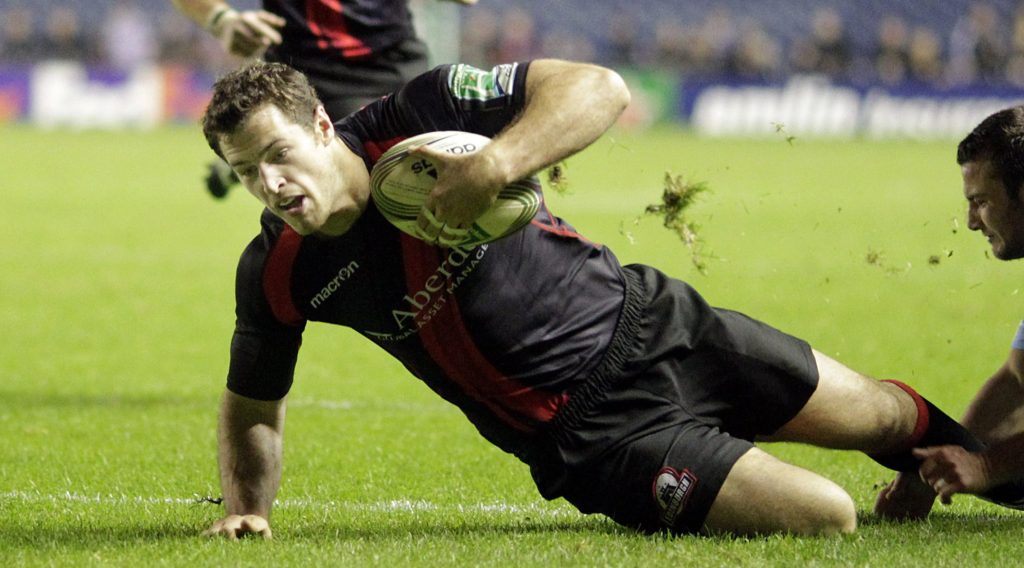 Ahead of the 2022/23 Heineken Champions Cup, we’re looking back at the previous European meetings between the sides drawn to face each other. Today, we review the four European Cup contests between Edinburgh Rugby and Castres Olympique, go head-to-head in Pool A next season.

Edinburgh won their first Heineken Cup away game in five seasons thanks to this narrow victory at the Stade Pierre-Antoine.

Castres opened up a 6-0 lead in the first 10 minutes after two Cameron McIntyre penalties, but the visitors hit back on 13 minutes with a first European try from Mark Robertson converted by Chris Paterson.

Paterson then added two second-half penalties after 44 and 50 minutes to get the Scottish club back on track for the campaign.

Edinburgh completed a quickfire double over Castres with a four-try, bonus-point display at a wet and windy Murrayfield, rallying from 14-10 down at half-time.

Although Phil Godman gave the Scottish side a fifth-minute advantage with a penalty, Castres replied five minutes later with a try by Romain Terrain that was converted by Romain Teulet.

However, Edinburgh regained the lead via a Ben Cairns try improved by Godman, only for the French club to claim the half-time advantage after Iosefa Tekori crossed and Teulet added the conversion.

There was only one side in it in the second period, though, as Edinburgh ran in three further tries through Godman, Ross Ford and Andrew Kelly. Chris Paterson converted two and kicked a penalty.

It was third time lucky for Castres as they notched their first Heineken Cup victory over Edinburgh at the third attempt, with the Scottish side suffering their third consecutive loss in the 2010-11 competition.

All square at the break at 9-9 after Romain Teulet’s three penalties for the home side were cancelled out by two from Chris Paterson and one from Greig Laidlaw, a huge effort from inside his own half, Castres capitalised on Fraser McKenzie’s sin-binning on 58 minutes with two tries.

Vincent Inigo and Steve Malonga crossed while Edinburgh were a man down, and with Pierre Bernard converting one, Castres surged 21-9 ahead.

Although the visitors replied with a late try from Simon Webster that was converted by Chris Paterson, Castres held on for the victory that lifted them to second place in Pool One.

Simon Webster was the last-gasp hero for Edinburgh as they made Heineken Cup history by staging the first game in the tournament’s history behind closed doors at Murrayfield and gained quick revenge for their loss at Castres in Round 3.

The Scotland wing struck in the 77th minute to level the scores and then David Blair kept his cool in the eerie atmosphere of a spectator-less ground to kick the match-winning conversion, fans being unable to attend because of the difficulties in moving the snow and ice in the vicinity of Murrayfield.

Castres got off to a flying start with a fourth-minute penalty from Pierre Bernard, but it was Edinburgh who led 14-10 at the break thanks to tries from Tim Visser and Lee Jones converted by Chris Paterson, with the visitors’ sole response being Rodrigo Capo Ortega’s score goaled by Seremaia Baikeinuku.

Blair extended the advantage with a 47th minute penalty, but a penalty try converted by Baikeinuku followed by a score from Sebastien Tillous-Borde put Castres back in front – until that dramatic finish.