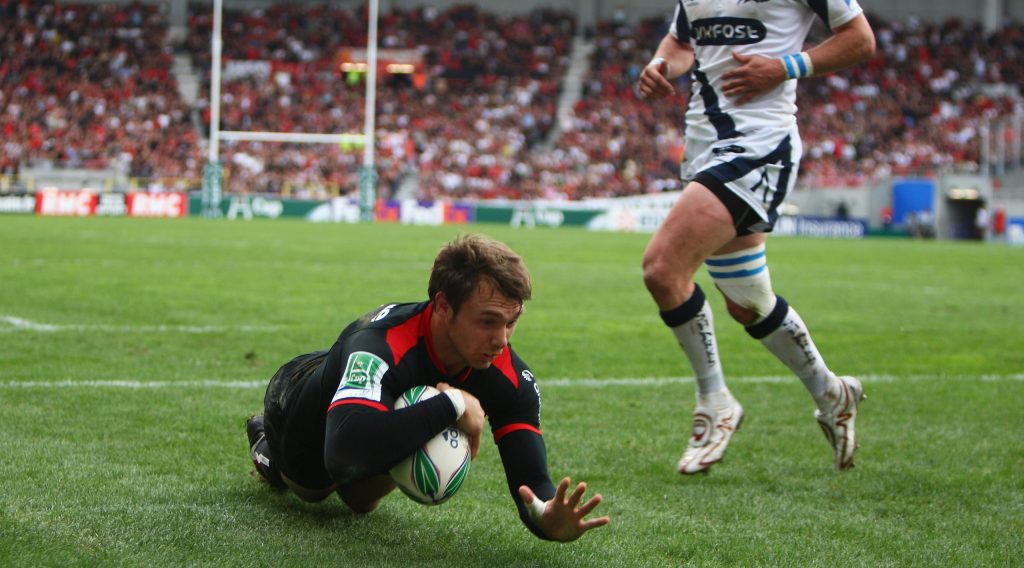 Ahead of the 2022/23 Heineken Champions Cup, we’re looking back at the previous European meetings between the sides drawn to face each other. Today, we look back at the European Cup contests between Stade Toulousain and Sale Sharks, who go head-to-head in Pool B next season.

Toulouse kicked off their Pool 5 campaign with a convincing win at Municipal Stadium, running in five tries to Sale’s two.

Maxime Médard got the ball rolling for the hosts when he crossed on two minutes following a slick backs move, and although Sale got on the board through a Nick MacLeod penalty, Toulouse would showcase their quality with two more scores before the break.

Vincent Clerc squirmed over on 13 minutes and grabbed another just before the half hour mark thanks to a superb cross-field kick from Jean-Baptiste Elissalde, who converted all three first-half tries and slotted a penalty.

The onslaught continued in the second half as Yves Donguy went over for a double, with late efforts from Rob O’Donnell and Ben Cohen mere consolations for Sale.

Toulouse were much less spectacular in the reverse fixture but battled to a crucial win at a damp Edgeley Park to earn a home quarter-final.

Sale fly-half Charlie Hodgson nailed two penalties in the first half, but Toulouse counterpart Jean-Baptiste Elissalde hit back with two drop-goals to send the sides into the break level.

Sale’s Chris Jones was sent to the sin bin shortly before the half-time whistle, and Toulouse took full advantage moments after the restart as they crossed through Virgil Lacombe, Elissalde converting to extend their lead to seven points.

Mathew Tait dotted down for Sale and Hodgson added the extras to set up a tense finale, but two more Elissalde penalties kept the hosts at bay and ultimately ended their hopes of reaching the knockout stage of the competition.