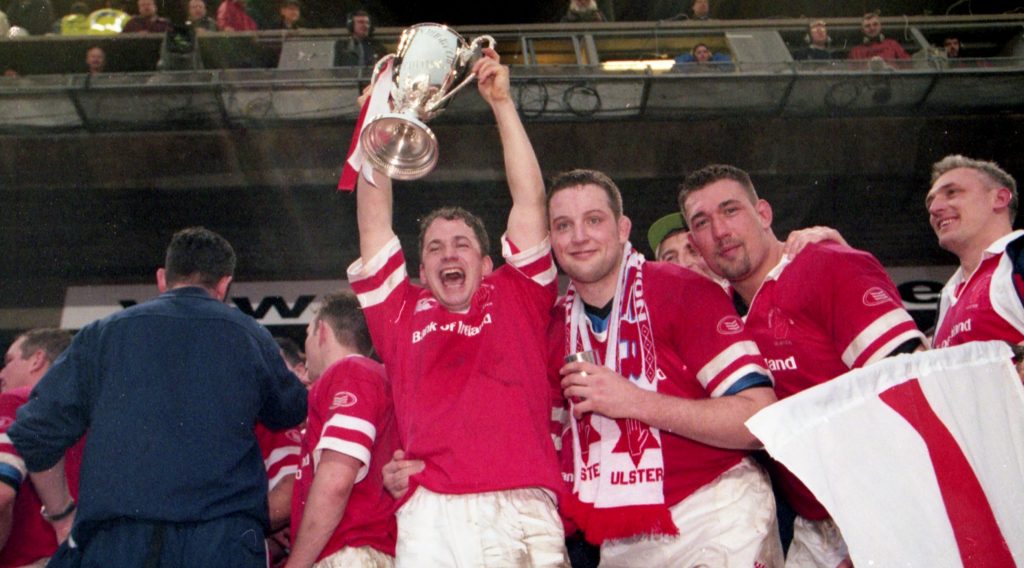 With Dublin’s Aviva Stadium set to host the Heineken Champions Cup and EPCR Challenge Cup finals in 2023, we’re looking back at some of the greatest European games Ireland’s capital has hosted, starting with the fourth ever European Cup final.

Ulster saw off Colomiers in a try-less encounter in front of almost 50,000 fans at Lansdowne Road to claim their only European crown to date.

The Irish province ground down their French opponents, with full-back Simon Mason kicking six penalties to take his tournament tally to 144 points.

It was Colomiers who took the lead, however, as Laurent Labit slotted a penalty from in front of the posts on five minutes.

But Ulster hit back over the next seven minutes through the first two of Mason’s efforts from the tee, with his third and fourth in the final 13 minutes of the half handing them a nine-point lead at the break.

That lead was extended by a David Humphreys drop-goal early in the second half as Ulster began taking control of the contest, Mason’s fifth penalty of the afternoon on 51 minutes widening the gap further.

Jerome Sieurac’s kick cut the deficit with 20 minutes to go, but Mason wrapped up Ulster’s win with his fifth strike six minutes later, slotting superbly from out wide.

Click HERE to buy your tickets for the 2022/23 Heineken Champions Cup and EPCR Challenge Cup finals.