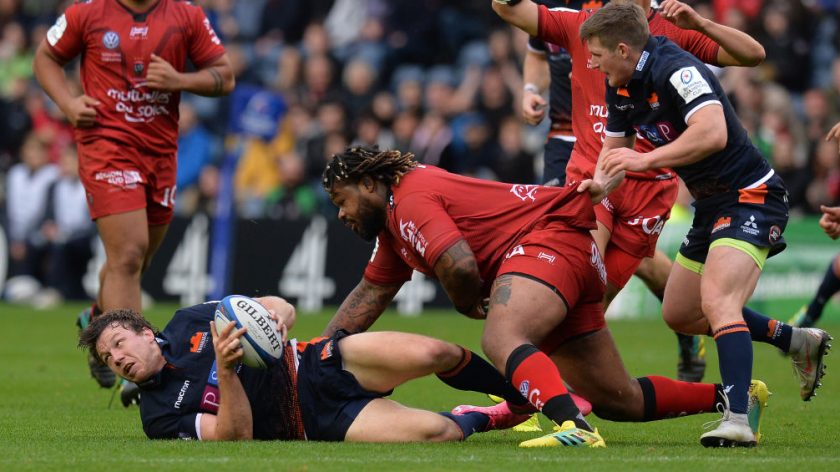 Edinburgh, who return to the Heineken Champions Cup in Pool A next season, will therefore have eight players in the Scotland side as they attempt to level the series, with prop Pierre Schoeman, lock Grant Gilchrist, fly-half Blair Kinghorn, wing Darcy Graham and centre Mark Bennett retaining their places.

Flanker Watson’s recall for clubmate Luke Crosbie after recovering from injury means he will make his 50th appearance for Scotland.

Cherry is handed his first cap for over a year, while London Irish scrum-half Ben White will make his first start for Scotland and clubmate Kyle Rowe could make his Test debut, as the wing is among the replacements.

Meanwhile, Ospreys, who have been drawn in Pool B of next season’s Heineken Champions Cup, will make up a third of Wales’ starting XV for the second Test against South Africa in Bloemfontein on Saturday following Alex Cuthbert’s recall to the side.

The powerful wing, who has scored 19 tries in 44 EPCR appearances, comes in for his 52nd cap as Wayne Pivac’s men attempt to square the series with five Ospreys in the starting line-up.

One of those is George North, who teams up with Saracens’ Nick Tompkins in midfield on Saturday, when he will equal Stephen Jones’ record as the most-capped Welsh men’s international back of all time with 104.

The three other Ospreys are in the pack – namely prop Gareth Thomas, lock Adam Beard and flanker Dan Lydiate – as Pivac makes only one change to the side who performed so creditably in the first Test loss.

That means a second cap for Leicester Tigers flanker Tommy Reffell, while Gloucester Rugby’s Louis Rees-Zammit continues on the wing and Northampton Saints fly-half Dan Biggar again captains the side.

Saracens prop Sam Wainwright could be in line to make his senior international debut, as he has been named among Wales’ replacements.