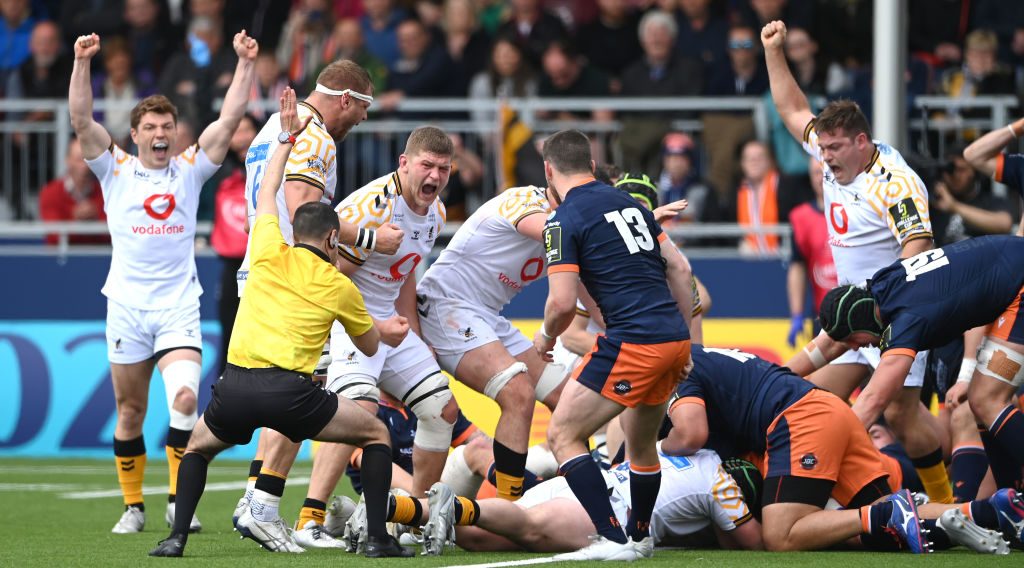 We resume our review of the EPCR Challenge Cup season with a look at the quarter-finals, which produced a trio of narrow victories and a Saracens masterclass against Gloucester Rugby.

A late Alfie Barbeary try saw Wasps book their place in the semi-finals as they triumphed 34-30 in a thriller against Edinburgh Rugby at DAM Health Stadium.

But Wasps, for whom Bi Alo and Tom West dotted down and Jimmy Gopperth tallied 14 points, piled over from a lineout drive after Edinburgh’s Conor Boyle was sin-binned.

Irish started superbly and got over through Albert Tuisue, but 14 points from the boot of Louis Carbonel and a Charles Ollivon try saw Toulon haul themselves back in front.

Teenager Henry Arundell scored an outrageous individual try with seven minutes to play, but Toulon held on to scrape through to the semi-finals.

Glasgow led Lyon by 14 points at Matmut Stadium de Gerland, but the TOP 14 side battled back to claim a 35-27 victory.

The Scottish region were in control thanks to scores from Josh McKay and Cole Forbes, in addition to a penalty try and two Ross Thompson penalties.

However, Lyon were on the board through a Baptiste Couilloud try and two Leo Berdeu penalties before Romain Taofifenua crossed and Davit Niniashvili completed their turnaround with a superb double.

Gloucester, who had enjoyed a promising European campaign, grabbed consolation efforts through Jack Singleton and Louis Rees-Zammit as they remained committed until the final whistle.