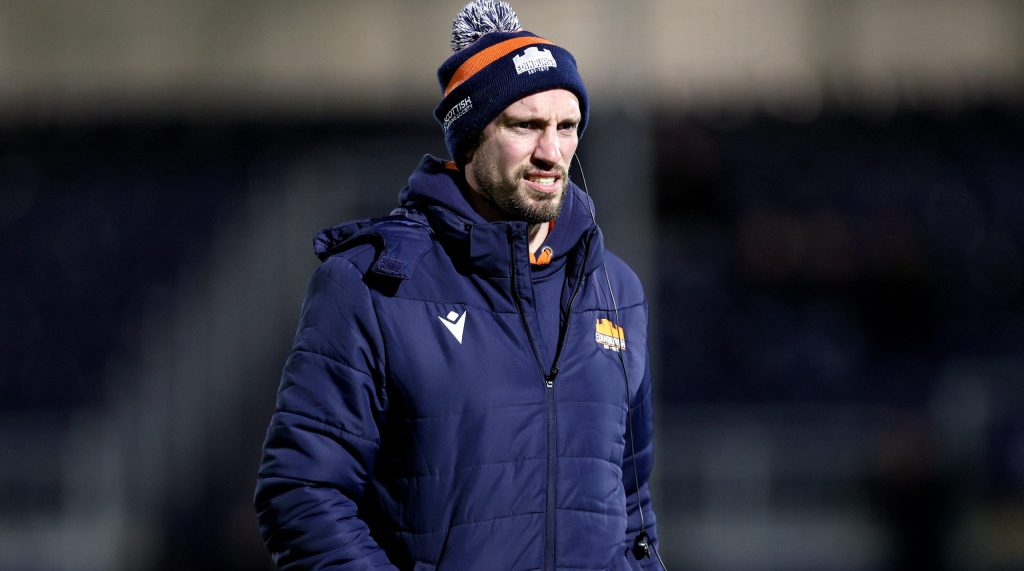 Edinburgh Rugby head coach Mike Blair has revealed he is looking forward to hosting Saracens in the Heineken Champions Cup 2022/23 pool stage, with the 41-year-old expecting a ‘mouth-watering’ fixture at DAM Health Stadium.

Edinburgh were drawn against the Gallagher Premiership side and Castres Olympique during Tuesday’s pool draw, as the Scottish capital club get ready for their return to the Heineken Champions Cup following a one-year absence from the competition.

Blair’s side played in the EPCR Challenge Cup during the 2021/22 campaign, beating Saracens 21-18 at StoneX Stadium in Round 1 before bowing out at the quarter-final stage, with the two clubs now set for a reunion in Pool A.

“Saracens are of course a team we know well having played them down in London in last season’s Challenge Cup. It will be brilliant to welcome them to the Scottish capital for what should be a mouth-watering rematch.

“Champions Cup rugby is always a special occasion and I can’t wait to see our fans pack out DAM Health Stadium for two massive European matches. Our squad will be fired up and ready to represent the city and our fans at European’s top table.”

Blair, who has been in his role since July 2021, was part of Edinburgh’s best campaign in the Heineken Champions Cup under the helm of Michael Bradley in 2011/12 when they were beaten 22-19 in the semi-finals by Ulster Rugby.

The former Scotland international knows however that his side will have to play to the best of their abilities if they plan on reaching the last four again and is relishing the opportunity to face some of Europe’s best teams.

Blair said: “As a group, we always want to test ourselves against the best teams in Europe. That’s why we train every day and that’s why we work tirelessly throughout the season – it will be a fantastic opportunity for our squad to play at home and away against two clubs that had brilliant seasons in 2021/22.

“Although both Saracens and Castres were runners-up in their respective domestic competitions, they both put together terrific seasons and on another day, we could be facing two Champions in this year’s competition.”