Back in the Heineken Champions Cup: London Irish 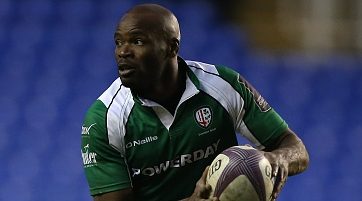 As we approach tomorrow’s Heineken Champions Cup draw, we look at the clubs returning to the competition and the highlights of their past appearances in it. Today it is the turn of London Irish to come under the microscope.

The 2007/08 season has been the only one so far where Irish have reached the knockout stages and came after they topped Pool 1 thanks to five wins from their six games, their sole loss coming at second-placed Perpignan.

They duly gained ample revenge, though, by beating the French club 20-9 at the Madejski Stadium in the quarter-finals via five penalties from Peter Hewat and a try by Declan Danaher.

However, Irish came up short in the semi-final at Twickenham Stadium, where they went down 21-15 to Toulouse despite scoring the same number of tries as the French club, with Topsy Ojo and Sailosi Tagicakibau touching down for the Premiership outfit.

Irish’s five other campaigns in the tournament have ended at the pool stage, with their second-best performance after 2007/08 being their maiden campaign in it in 2002/03, when they finished second behind Toulouse and were the only team to beat the eventual winners, 32-29 at home.

In 2009/10 they notched the same number of points as second-placed Scarlets (17) but won only three games to the Welsh region’s four, so came third.