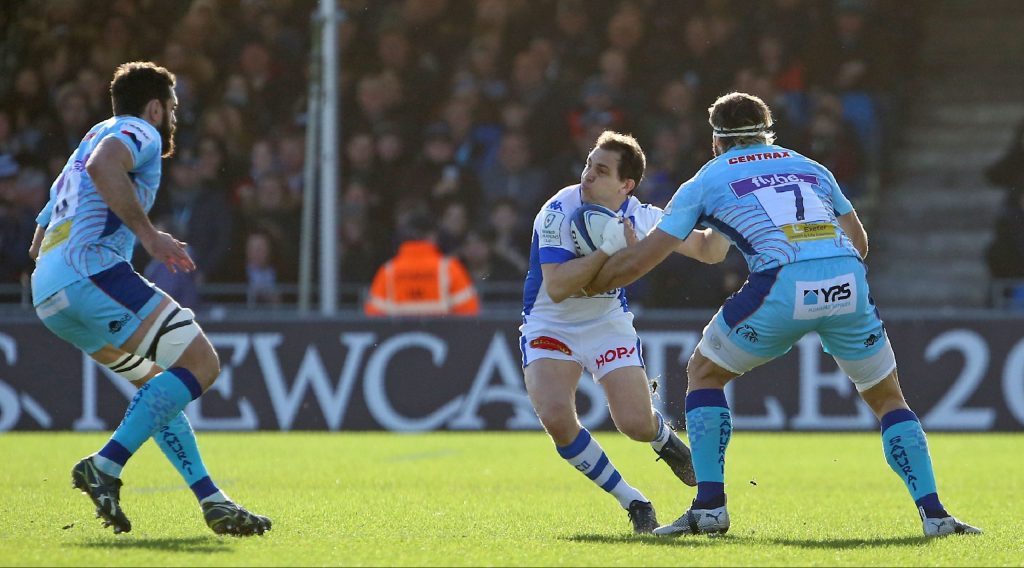 Benjamin Urdapilleta in action in the Heineken Champions Cup

Montpellier Hérault Rugby, beaten in the quarter-finals of the Heineken Champions Cup by eventual winners Stade Rochelais, have a major chance of redemption in Paris on Friday night, when they will attempt to win the TOP 14 for the first time.

Twice they have reached the final, but twice they have lost, including to Castres Olympique – their opponents at the Stade de France – by 29-13 in 2018, so revenge will be on their minds.

“Four years on, that defeat still hurts,” Montpellier owner Mohed Altrad told Midi Olympique. “That night we were supposedly excellent favourites. We fell from so high, but things have changed here.”

The main change has been the appointment of ex-France head coach Philippe Saint-André as director of rugby in 2020 and he made an immediate impact, guiding Montpellier to EPCR Challenge Cup glory last year.

“When I was a player, I dreamed a lot about this Shield,” he told Midi Libre. “I touched it but never brought it back. It is symbolic because the club have never won it, so it would be nice if we brought it back one day. This is our third final and we will do everything to win.”

However, Castres, five times winners of the French title, headed the TOP 14 table by two points from Montpellier and will be eager to put a poor European campaign behind them, having been demoted to the EPCR Challenge Cup and then being hammered 64-27 at London Irish in the Round of 16.

They will rely largely on a team lacking any big names – apart from fly-half Benjamin Urdapilleta, who kicked 19 points in the 2018 final – but strong on team spirit.

“We base ourselves on the Castres values – our strength is the group,” said CO captain Mathieu Babillot. “Pierre-Henry Broncan (head coach) was able to tighten the group when we were at our lowest, we worked well and the group grew. We are very happy where we are.”