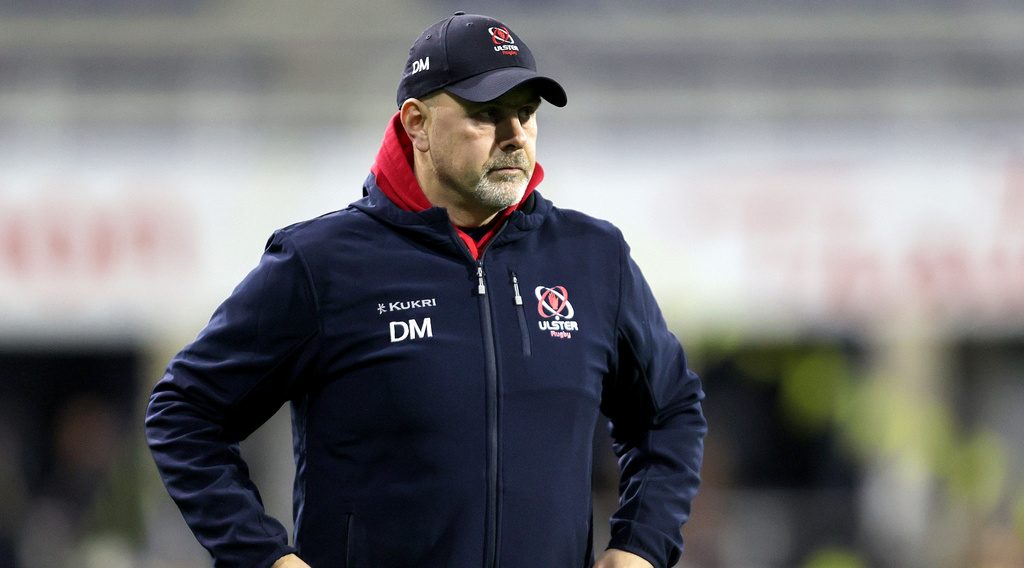 Dan McFarland says he has unfinished business at Ulster Rugby after extending his contract as head coach of the Heineken Champions Cup side until 2025.

Having led the team to the Heineken Champions Cup Round of 16 and the semi-finals of the inaugural United Rugby Championship this season, he is hungry to land silverware.

McFarland, who joined Ulster in 2018, told the Irish province’s website: “I love my job here, which is only possible because of the good people I get to work with. It is through the growth, competitiveness, and teamwork of the support team and the players that we continue to compete for championships.

“However, the fact remains our ultimate goal is to win championships. I am looking forward to driving the process of finding, guiding, and supporting the people capable of doing that for this province and its passionate supporters, who truly share in our joy and pain.

“The challenge ahead is immense, but that is why it is so exciting. For me, it has the feel of unfinished business.”

Ulster CEO Jonny Petrie commented: “I couldn’t be more pleased that Dan has chosen to extend his stay with us – I think that it’s really clear the impact that he has had on the club since joining, both on and off the pitch.

“We’ve made some impressive progress as a squad over the past couple of years, with play-off rugby against the best teams in Europe, and beyond, now a regular occurrence.

“Dan and I both see the clear potential here over the next few years and I look forward to continuing to build together on those ambitions for Ulster.”