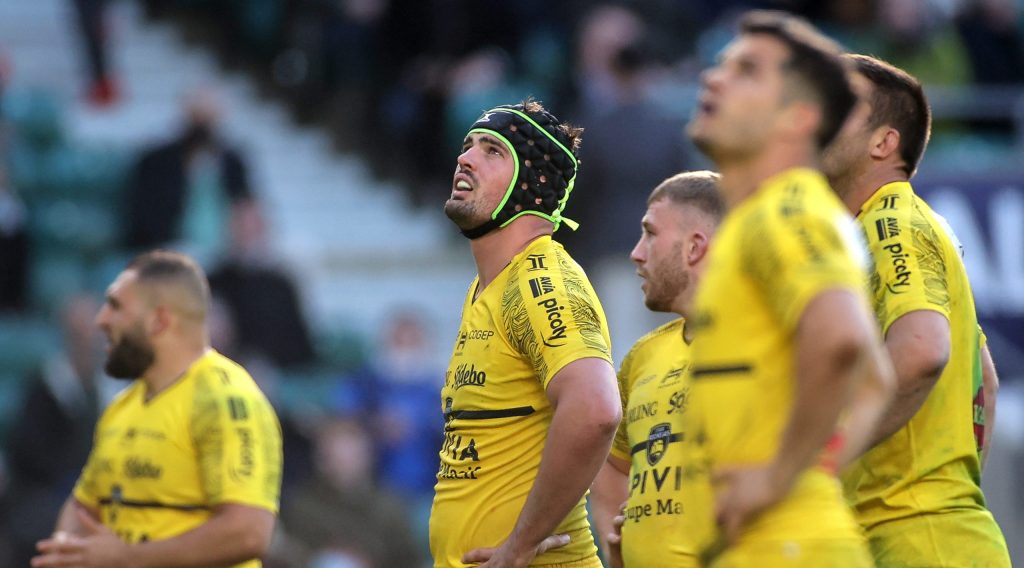 As Stade Rochelais gear up for the Heineken Champions Cup final in Marseille on May 28, we review their previous two attempts at securing European silverware.

Clermont drew on their superior experience in the competition as tries from Damian Penaud, Fritz Lee, and Wesley Fofana, along with 18 points from the boot of Greig Laidlaw, helped them secure the trophy for a third time.

Penaud’s well-taken score in addition to a penalty apiece from Morgan Parra and Laidlaw put Clermont ahead at the break, with La Rochelle replying through two Ihaia West three-pointers to stay in touch.

Another West penalty on 47 minutes cut the deficit to four points, but Laidlaw struck twice from the tee before Lee powered over amid a driving maul to put Clermont firmly in control.

Uini Atonio spun out of contact to dot down and offer La Rochelle faint hope of a comeback with just over a quarter of an hour to play, but Fofana gathered a kick in behind to score, before Laidlaw’s fourth penalty of the day rounded off Clermont’s triumph in the dying seconds.

La Rochelle’s first Heineken Champions Cup final was a much tighter affair as they again succumbed to another fellow TOP 14 side in Toulouse.

Toulouse were made to work hard for their fifth European crown at Twickenham Stadium, despite La Rochelle playing with 14 men for much of the game after Levani Botia’s red card.

That theme continued throughout the first half, with West totalling four successful efforts and Ntamack slotting three to see La Rochelle marginally in front at the break.

The teams went into half-time with 14 men apiece, as Botia was dismissed for a high tackle on 27 minutes and Toulouse’s Rynhardt Elstadt was shown a yellow card shortly afterwards.

Once back to their full complement, Toulouse wrestled control, Ntamack levelling the scores with a penalty on 46 minutes as West struggled to match his first-half efficiency from the tee.

Juan Cruz Mallia then produced a huge moment for Toulouse as he crossed wide out following a well-worked move, Ntamack converting and adding another penalty as his side pulled away.

La Rochelle’s Tawera Kerr-Barlow got over for a try in the final 10 minutes to set up a tense finale, but West was unable to convert and the five-point margin proved too much to overcome.