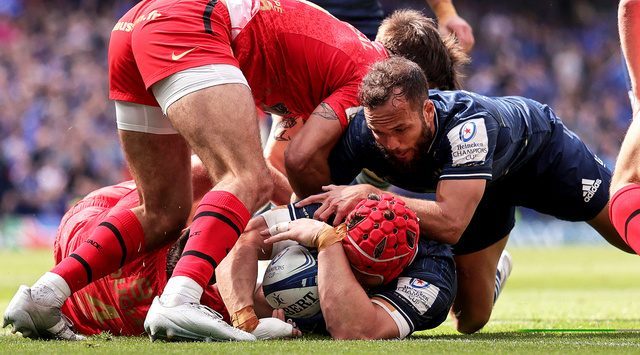 Leinster Rugby’s spectacular second try in their 40-17 victory over Stade Toulousain at the Aviva Stadium last Saturday – scored by flanker Josh van der Flier – is the Try of the Round for the Heineken Champions Cup semi-finals.

The Irish international’s 19th minute score received the most votes from the public and was the first choice of Virgin Media expert Shane Horgan.

He said: “A brilliant team try which demonstrates the best of Leinster’s attacking shape and interplay between forwards and backs.