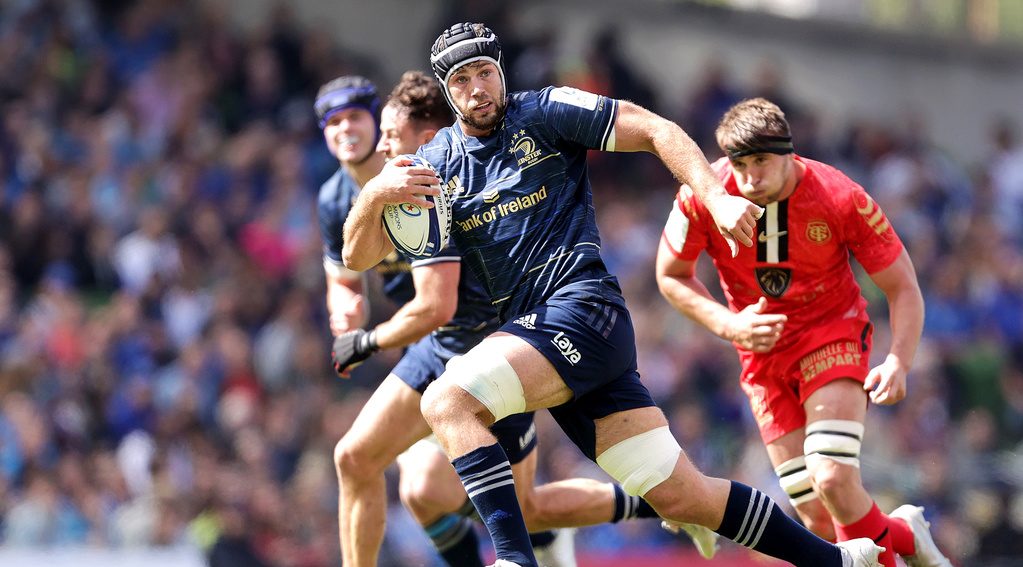 Leinster Rugby back-row forward Caelan Doris has been named on the final EPCR European Player of the Year shortlist after a series of excellent performances in the Heineken Champions Cup.

The Ireland international has been one of the mainstays of a Leinster side who have stormed into the Heineken Champions Cup final, starting in all seven of their wins and missing only 23 minutes on their run to the showpiece game in Marseille.

Doris has been a willing runner for the Irish province, racking up 72 carries, the second-highest of any player in this season’s competition.

His relentlessness with ball in hand was typified in Leinster’s semi-final triumph over Stade Toulousain as he beat four defenders. Only two players beat more during the two semi-final matches.

The 24-year-old is also among the top five tacklers for this campaign, completing 79 and missing just five.