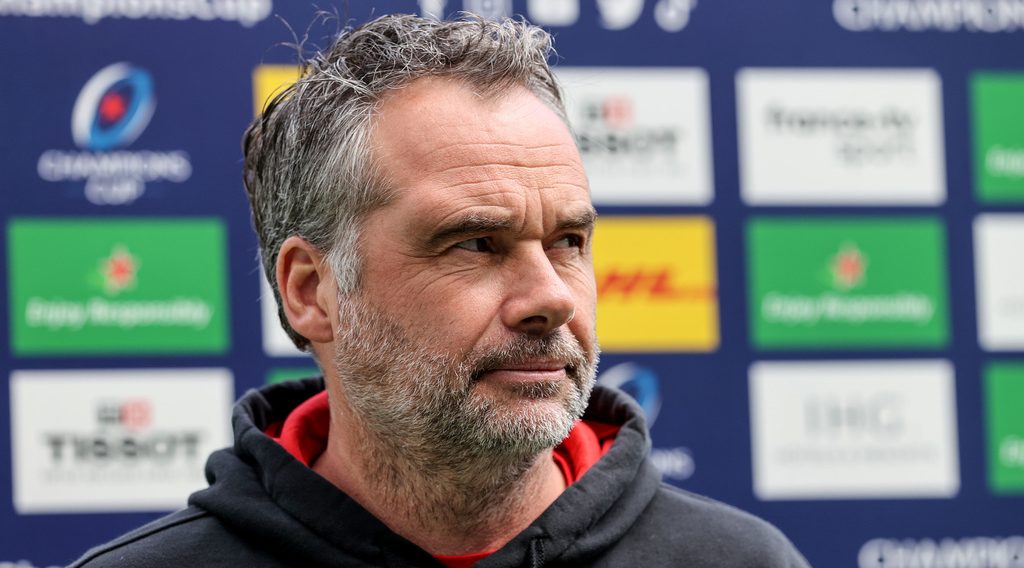 Stade Toulousain head coach Ugo Mola has branded Leinster Rugby as Europe’s leading side as his team travels to Aviva Stadium in the Heineken Champions Cup semi-finals on Saturday.

Mola recalled that defeat as he warned of Leinster’s quality, but admitted that much has changed since that meeting.

“We play a team that totally masters the European games,” he stated. “Three years ago, they took us out [in] the semi-finals.

“We learned a lot that day, and three years later we are no longer the same [team]. But neither [are] they.

Who'll take a step closer to another this weekend?#HeinekenChampionsCup pic.twitter.com/bUfpnICYKb

“Leinster remains in my eyes a reference of European rugby, with this ability to provoke things, to have a structured, inspired and inspiring rugby.

“I remain convinced that they are the best team in Europe, for a very long time, in their rugby. In his way of thinking about rugby, with a philosophy and a whole organization around this philosophy.”

To reach this season’s Heineken Champions Cup semi-finals, reigning champions Toulouse defeated Ulster Rugby 50-49 on aggregate in the Round of 16 before beating Munster Rugby 4-2 on place kicks after a 24-24 draw in the quarter-finals.

Mola highlighted that his team have the opportunity to take down a third Irish province on Saturday, something he believes would be a huge moment in Toulouse’s history.

“Are we able today to do Ulster, Munster, Leinster? I look into their championship,” he said. “No one has ever done that.

“We are always looking for something special and a little exceptional. If we are able to do it, we will certainly have marked an important page of the club.”