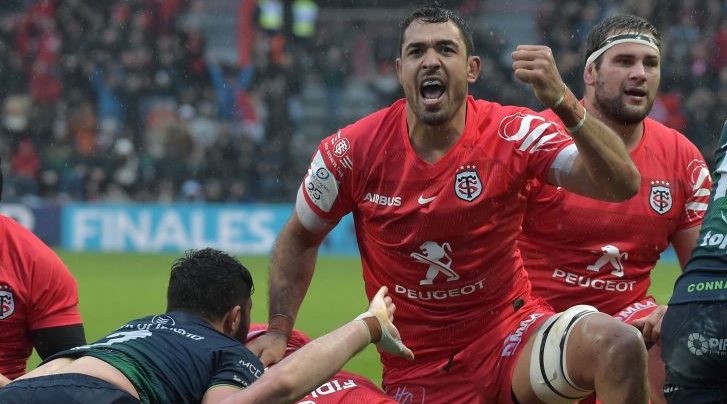 Stade Toulousain lock Rory Arnold has labelled the Heineken Champions Cup “one of the pinnacles of world rugby” as he gears up to face Leinster Rugby in the semi-finals at the Aviva Stadium on Saturday.

The 31-year-old is certainly in a good position to pass judgement, having been one of 11 Australians to lift the trophy, after helping Toulouse to their fifth European title last season.

“It’s pretty special how the competition sits around three or four different other competitions,” he said. “You’ve got teams coming in and coming out every season. You’re playing the best of the best up here.

“This is my second season [playing in the competition] and there’s no doubt it’s one of the pinnacles in world rugby. It’s definitely something all players up here aspire to, want to do well in and hope to win one day.”

Title defence on the line 🏆

However, Arnold knows that the defending champions will have their work cut out to reach successive finals, highlighting Leinster’s immense quality.

“To be the best you’ve got to beat the best,” he declared. “We’ve played some tough teams on the way to this semi-final and it’s no different this weekend. They’re a quality team and a world-class team at that.

“At this point in the competition there’s not much difference in the teams; the quality is there. They’ve got internationals across their 23s. It’s going to have that Test match feel about it this weekend, that’s for sure.

“When you have that many internationals playing on both sides, the level of rugby is going to be that bit higher. It’s definitely going to have an international feel to it.”

The 27-cap international believes the predicted good weather will have an impact on the standard of rugby too in Dublin.

“I’m expecting the weather to be fine, so there should be some quality rugby on display on Saturday afternoon,” he said. “I’m looking forward to it.

“I think they’ll play field position a fair bit and put our back three under pressure. I think if we can defend well and exit clinically, that will be a massive part of getting a result.

“It’s a step up when it comes to European rugby. It’s quicker, it’s [more] physical.

“We’re under no illusions that a full 80-minute performance is needed this week.”