Superbru Fantasy Rugby: Four players to watch in the Round of 16 second legs 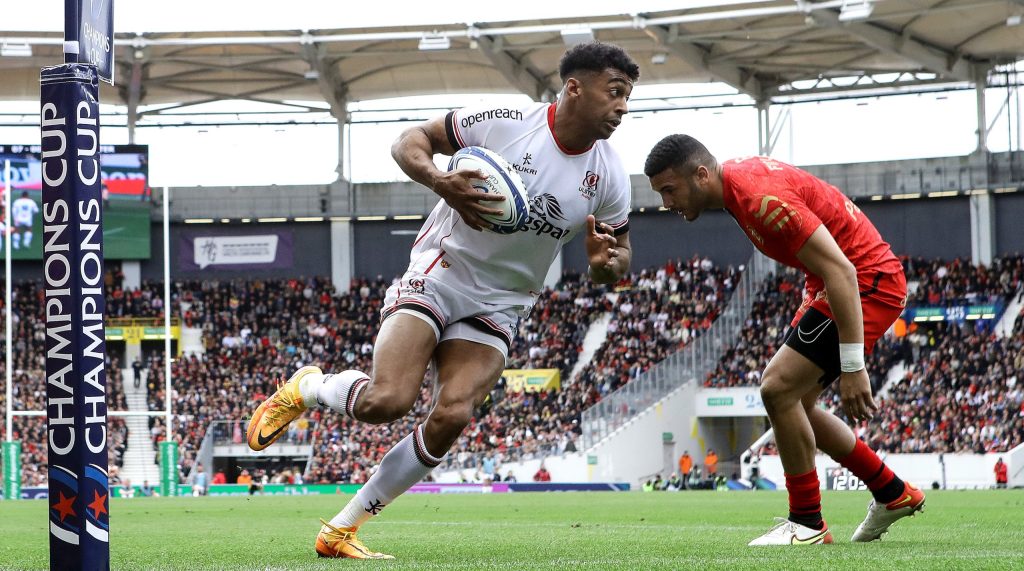 With the second legs of the Heineken Champions Cup Round of 16 taking place this weekend, we’ve picked out four potential star signings to boost your points haul in your Superbru Fantasy Rugby XV.

The 24-year-old put in a stunning display in Ulster’s 26-20 first leg win at Stade Toulousain, dotting down for a hat-trick of tries against the Heineken Champions Cup holders as he recorded the second-highest number of points (15) during the first leg matches.

Having now scored in his last three Heineken Champions Cup appearances, Baloucoune will no doubt want to add to his 25 points he has recorded in this season’s competition as he gears up for the second leg against Toulouse at Kingspan Stadium on Saturday.

The back-rower put in an impressive performance during Montpellier’s win over Harlequins on Sunday.

Mercer scored his first Heineken Champions Cup tries of the season as he recorded a brace in his side’s 40-26 victory over Quins – the second of which being nominated for the Champions Try of the Round.

Not only did Mercer pick up 10 points over the weekend, but he also ranked second for the number of defenders beaten (9) and joint-third for successful offloads (3) – making him a solid candidate to improve your fantasy team.

As Toulouse look to reverse the six-point deficit against Ulster this weekend, they will e no doubt call upon Ramos’ services to help retain their Heineken Champions Cup crown.

No player made more offloads (7) than the 26-year-old during the first leg matches, with the full-back joint-third for defenders beaten (7) as he also made 16 carries (second-most).

After recording seven points against Ulster, the Heineken Champions Cup winner took his tally to 14 from just two games during the 2021/22 campaign and could be a great addition to your team.

Having recently returned from a hamstring injury, the Leinster captain proved his worth to Leo Cullen’s side during their first leg win over Connacht Rugby and could be an important figure in your fantasy team.

The four-time European champion made 17 tackles and kicked eight points as Leinster took a five-point lead into Friday’s second leg at the Aviva Stadium.

Despite last week’s 26-21 win over Connacht only being Sexton’s third Heineken Champions Cup appearance of the season, he is still one of the leading points scorers during the 2021/22 campaign with 28 and will now want to add to that as Leinster bid for a quarter-final place later this week.

The games are free and simple to play and will make every match even more exciting! Join each tournament today, set up a pool and challenge your friends.