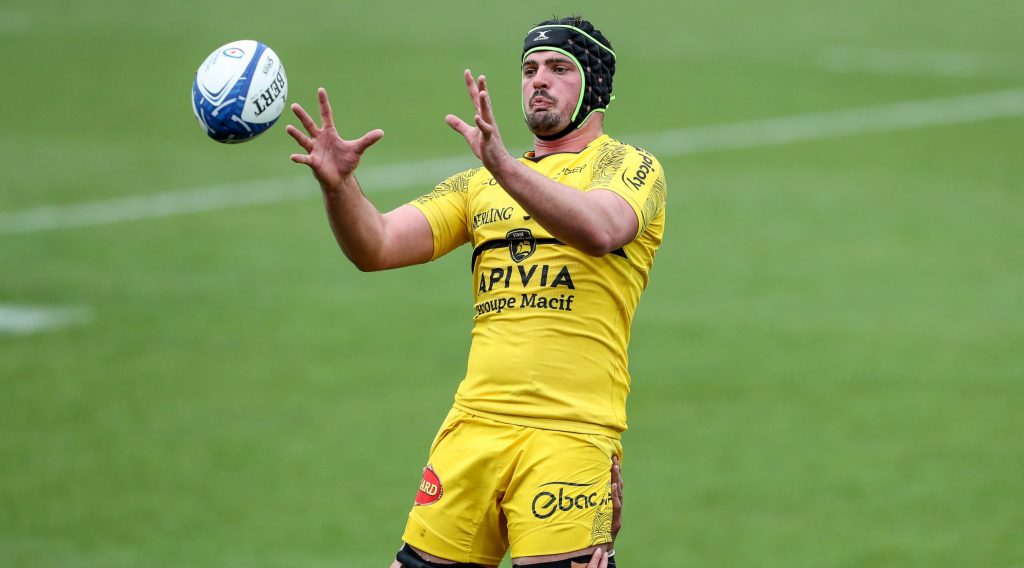 Stade Rochelais No.8 Gregory Alldritt, who leads this season's carries list in the Heineken Champions Cup with 73

Stade Rochelais No.8 Grégory Alldritt has been rewarded for a series of outstanding performances in the Heineken Champions Cup pool stage with a nomination for the 2022 EPCR European Player of the Year award.

The French international appears in the top 10 of four statistical categories, despite playing only three games as La Rochelle sealed a Round of 16 meeting with Union Bordeaux-Bègles.

He shares the lead in offloads with Ulster Rugby centre James Hume on seven, is joint fourth in carries with 45, joint fifth in defenders beaten with 13 and sixth in metres made with 340.

The 25-year-old’s all-court game, combining power and skill, from the base of the scrum helped La Rochelle to a double over Glasgow Warriors and a 39-21 home victory over Bath Rugby in Pool A, where they finished third.