Harlequins’ Dombrandt up for EPOTY award 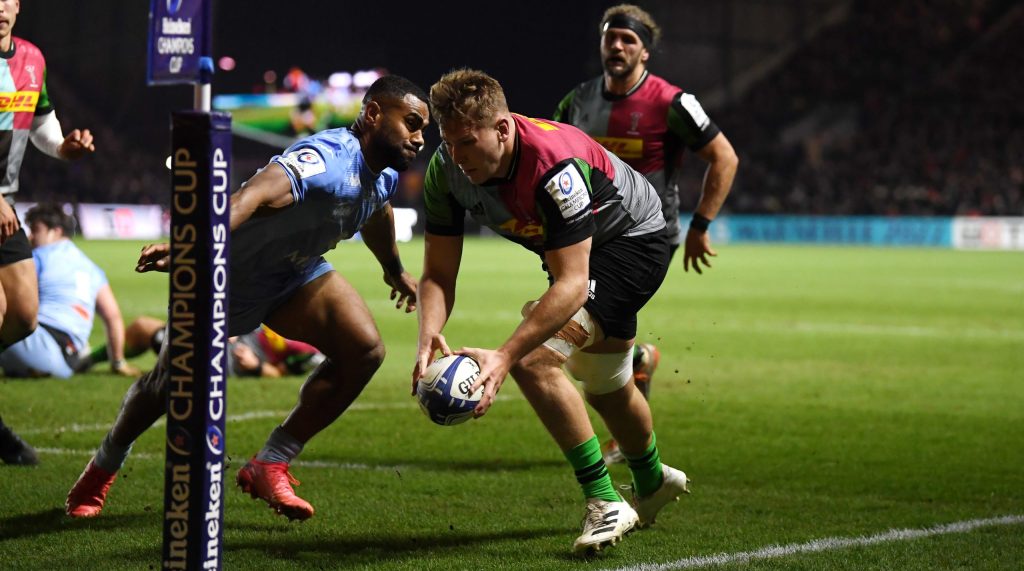 Harlequins forward Alex Dombrandt has been nominated for the 2022 EPCR European Player of the Year award after his fine displays in the Heineken Champions Cup helped the Gallagher Premiership side qualify for the Round of 16.

The 24-year-old has been a mainstay for Harlequins in this season’s Heineken Champions Cup, featuring in all four of Quins’ Pool B games, as they reached the knockout stage with a 100% record.

Dombrandt crossed no fewer than six times during the pool stage, which included a hat-trick against Castres Olympique in Round 4, and currently lies second in the Heineken Champions Cup try-scorer charts and sixth in the point-scorers’ list.

The England international also finds himself third on the Heineken Champions Cup turnover table after recording six throughout the pool stage.

Montpellier Hérault Rugby now await Dombrandt and Harlequins over two legs in the Round of 16, and they will no doubt look to their star forward for a place in the quarter finals.