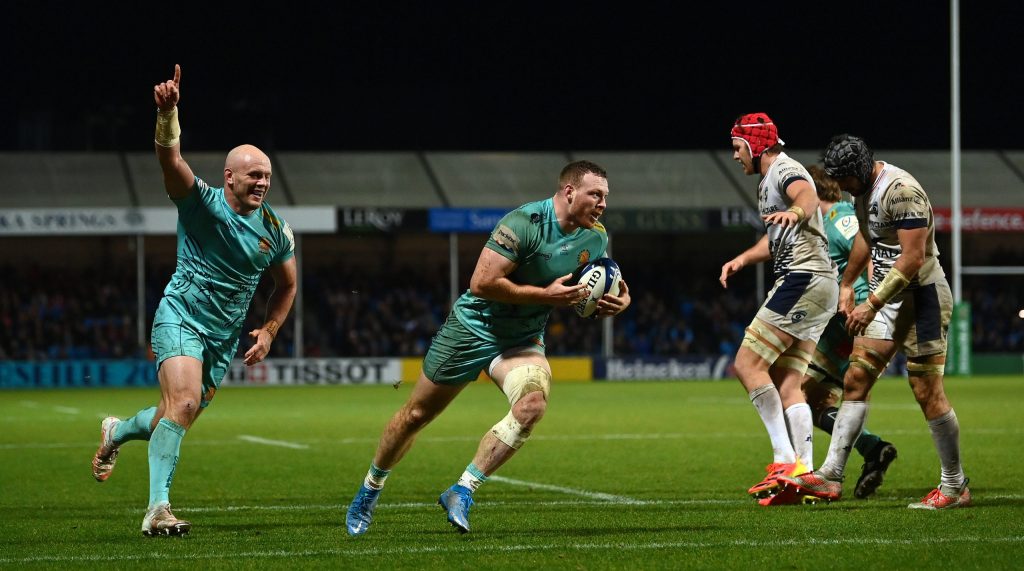 Exeter Chiefs No.8 Sam Simmonds is in the running for his second EPCR European Player of the Year award, after the England international produced some stunning displays in the pool stage of this season’s Heineken Champions Cup.

Currently at the top of the Heineken Champions Cup try-scorer charts, the 2020 EPCR European Player of the Year has dotted down no fewer than seven times for Exeter so far and is now just one score away from matching his total (8) for the 2019/20 season.

Simmonds scored in all four of Exeter’s Pool A games, producing single efforts against Montpellier Hérault Rugby and Glasgow Warriors, before crossing for a brace and then a hat-trick in the reverse fixtures.

The 27-year-old’s hat-trick against Montpellier in Round 4 put Simmonds in joint-second place for the most points recorded (15) during that game week and he is currently fourth on the overall list for the 2021/22 campaign.

Although he is known for his try-scoring capabilities, Simmonds also made an impressive 42 tackles during the Heineken Champions Cup pool stage – taking him to joint sixth on the overall list.

Simmonds will be looking to continue his fantastic form in the Heineken Champions Cup Round of 16, where Exeter take on Munster Rugby.