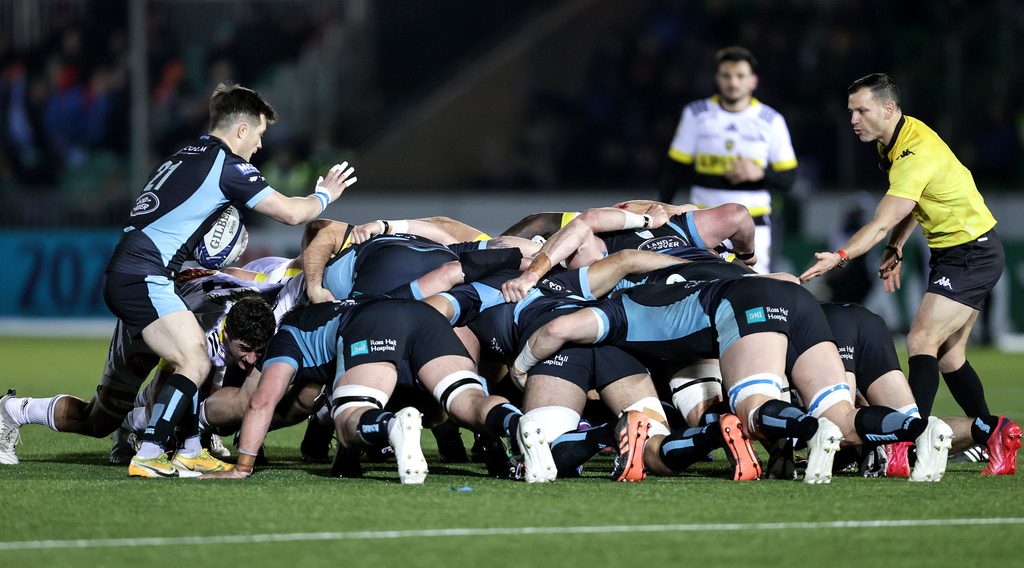 Murphy Walker starts a professional match for the first time after being named at loose-head prop for Glasgow Warriors in their United Rugby Championship clash with EPCR Challenge Cup rivals Edinburgh Rugby on Friday night.

Walker, released from his first call-up to the Scotland camp, joins Johnny Matthews and Simon Berghan in the front row as one of seven changes made by head coach Danny Wilson for the sold-out 1872 Cup tie at Scotstoun, with both teams tied on points in the United Rugby Championship.

Here are some of the biggest hits from our new #ChallengeCupRugby contenders this season 💪 pic.twitter.com/GUpEjKO6ZQ

In the second row Richie Gray pairs up with Scott Cummings after the latter’s recovery from injury, while in the back row Thomas Gordon is recalled at openside flanker, linking up with captain Ryan Wilson and Jack Dempsey.

Stafford McDowall and Robbie Fergusson are the midfield combination, who are flanked by a back three of Sebastian Cancelliere, who replaces the injured Ollie Smith, full-back Josh McKay and Cole Forbes.