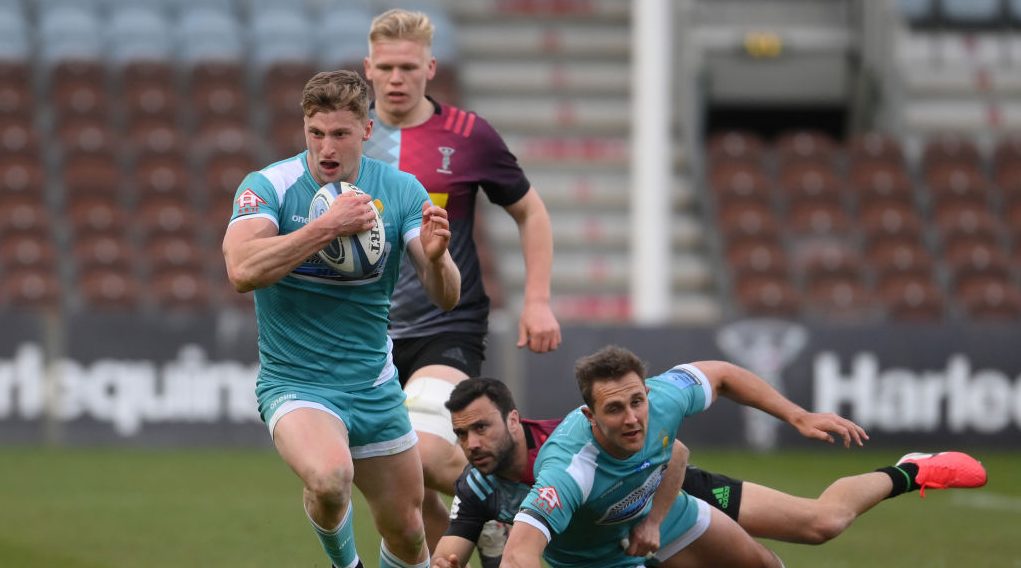 With Worcester Warriors still in contention for the EPCR Challenge Cup Round of 16, they showed they would be ready by upsetting 2020 Heineken Champions Cup winners Exeter Chiefs 35-31 at Sixways on Saturday thanks largely to a hat-trick of tries from Alex Hearle.

The 23-year-old wing, who has played in three of Worcester’s four EPCR Challenge Cup games this season as they rose to second place in Pool A, struck in the 15th, 33rd and 67th minutes to help the Warriors off the bottom of the Gallagher Premiership.

Noah Heward and Harri Doel also crossed for the home side as they pulled clear in the second half, with Fin Smith converting all five of Worcester’s tries.

Meanwhile, Newcastle Falcons, who are level with Worcester on nine points in Pool A but from a game less, lost 21-36 at home to Pool C team Saracens.

Sarries also stormed clear in the second half, having been only 17-16 in front at the break, Elliott Obatoyinbo, Rotimi Segun and Alex Goode adding tries to Tom Woolstencroft’s first-half effort and a penalty try. Goode also contributed nine points with his right boot.

As for the Falcons, George McGuigan notched both their tries, while Will Haydon-Wood kicked 11 points.

Don't let this result go under the radar after today's drama ⤵️

In the Midlands derby between two sides who have been demoted into the EPCR Challenge Cup from the Heineken Champions Cup, Northampton Saints edged out Wasps 27-22 at cinch Stadium at Franklin’s Gardens.

Wasps marched 10-0 ahead via Jacob Umaga’s try and Jimmy Gopperth’s penalty, but Northampton rallied to lead 12-10 at the break following tries from Alex Mitchell and James Grayson.

An Alex Waller try then stretched Saints’ advantage, only for a Paolo Odogwu score to cut it. However. Courtnall Skosan’s try clinched victory despite Will Porter’s late response.

Two of the other Premiership matches at the weekend brought defeats for EPCR Challenge Cup duo Gloucester Rugby and London Irish.

Gloucester – for whom Santiago Socino grabbed a try double before Charlie Chapman’s and Louis Hillman-Cooper’s scores – were squeezed out 26-24 at Sale Sharks, while Irish went down 28-47 at leaders Leicester Tigers. Benhard Janse van Rensburg, Henry Arundell and Matt Cornish crossed for Irish.

Elsewhere, Cardiff Rugby, who have also dropped into the EPCR Challenge Cup, were beaten 20-37 at South African side Emirates Lions in the United Rugby Championship on Saturday, despite tries from Aled Summerhill and James Botham.